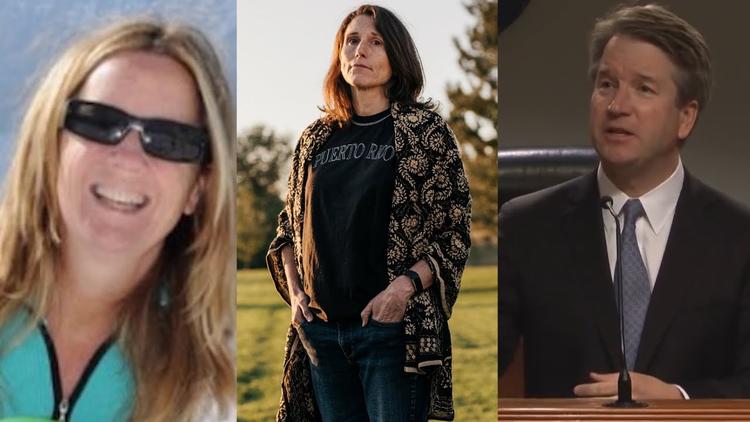 The uproar over Brett Kavanaugh’s alleged attack of a 15-year-old has resulted in many irrational reactions, which even included a bizarre conspiracy theory created (and later retracted) by a respected lawyer. When considering the picture of Kavanaugh, I had to wonder if the allegation would have stirred up as many heated denials if he had been ugly; he doesn’t look like a rapist.

After all, one rape myth is that only ugly men are rapists because they cannot get sex any other way. One recent Incel (“involuntary celibate”) post showed the mugshots of four rapists with this comment: “Dear Normies, If you don’t want ugly men to rape females, then stop excluding them from something which literally everyone else experiences. Instead of going on another one night stand with Chad from Tinder, have sex with a lonely virgin instead.” This explanation of rape disregards the solid research proving that rape is not about sexual desire but instead about power and intimidation.

Even some academics have supported the thesis that rape results from the female rejection of males. Thornhill and Palmer’s controversial A Natural History of Rape, for example, posits the evolutionary argument that unattractive men rape women for the primary purpose of insemination. Ignoring the fact that many rape victims are not attractive young women, the writers also fail to acknowledge that many rapists are good looking.

The boyish face of the convicted rapist Brock Turner, for instance, contradicts the evolutionary argument of rape. Why would such a handsome young man commit such a heinous crime when he could so easily find a consenting sex partner? It can be disorienting to picture this man attacking a helpless victim because we have an unconscious tendency to equate good looks with good character. This is related to the “halo effect” that makes us think that attractive persons are smarter, wittier, and nicer than their plainer counterparts. “What is beautiful is good” is the underlying premise of the halo effect.

Appearance discrimination can influence our view of any alleged (and convicted) perpetrators. Although researchers have focused on racial discrimination in the criminal justice system, little is known about how a defendant’s looks could influence a jury or judge. One finding notes that baby-faced defendants are perceived as more innocent than others. Also, prejudice against tattoos as symbols of lawlessness is still common despite the widespread popularity of body art.

Because of appearance discrimination, “facial profiling” can be a factor in how we perceive threats. If I were walking down a sidewalk and passed a man in a business suit who looked like Kavanaugh, I would probably not perceive him as a threat. Unfortunately, socialization has distorted my threat perceptions because men in business suits can be just as likely to be criminals as casually dressed males. This distortion may be one reason why some people are so resistant to the idea of a noble-looking judge being suspected as a rapist; violent predators are supposed to look like they hang out in seedy bars and hustle money. It could be frightening to realize that our previous categorization of males could be so wrong.

Intellectually, we may accept the fact that an attacker can be an attractive man because we know that sexual assault is a crime of violence and not desire. This fact, though, is hard to reconcile with our unconscious wish that such a cruel act be only a freakish incident and not a common occurrence—admitting the ordinary nature of cruelty could disturb our threat perceptions. If a respectable-looking person can be a threat, how can we sort out the good guys from the bad guys? We must recognize that physical appearance does not make it more or less likely that a sexual assault allegation is true. Appearance discrimination can distort our thinking, but not if we understand its impact.