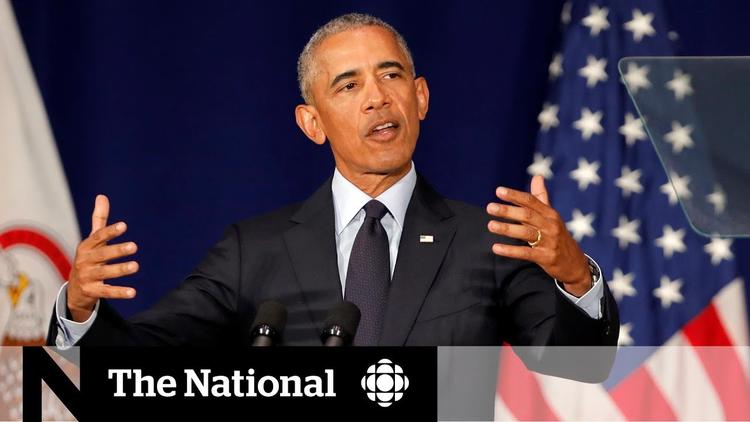 Ann Arbor (Informed Comment) – Barack Obama came out of retirement Friday to give a stump speech at the University of Illinois, in hopes of whipping up the enthusiasm of Democrats to vote in November. As I pointed out yesterday, Dems have an uphill battle to take either House of Congress, because of Republican gerrymandering, which has created permanently Republican districts. Strong Democratic turnout is essential if they are to succeed.

But it seems to me that there was another reason Obama had to make this appearance. It is that the leaders of the Democratic Party are Charles Schumer and Nancy Pelosi, and neither of them is the sort of progressive that might energize the Democratic base. Both are deeply entangled with corporate interests. Pelosi flatly rejected single-payer health insurance, which is now called Medicare for all. Schumer has been a huge push-over as minority leader, allowing the GOP to run roughshod over him and make record numbers of judicial appointments, including, likely, Scott Kavanaugh, who will shape the country in a far-right image for decades.

In the debate within the Democratic Party over the Democratic Socialists of America caucus, Pelosi and Schumer have made clear their hostility. Powerful but unpopular, they don’t seem to understand that Rashida Tlaib and Alexandria Ocasio-Cortez are the opposite– young, without levers of power, but enormously popular.

Obama, a centrist himself, abruptly announced that he had moved to the left now that he is out of office. He said,

I’m not sure either Schumer or Pelosi themselves could get behind these things, inasmuch as they are deeply beholden to the corporations. Of course, Obama wasn’t a leader on Medicare For All (single-payer) when he was actually in office.

But I think Obama’s speech demonstrates that even the old centrist warhorses among the Democrats are terrified that the blue wave won’t appear.

They have to give voters at least something of what they really want. Hence Obama’s conversion.