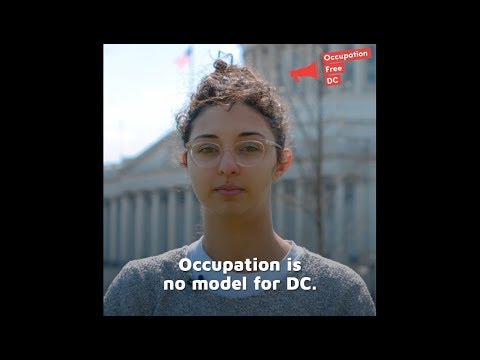 (TeleSur) – The Researching the American-Israeli Alliance group, in partnership with anti-occupation group Jewish Voice for Peace released a report detailing the ways in which exchanges between the United States and Israeli state security agencies have reinforced a “security model that justifies flagrant human and civil rights violations” in the wake of the 9/11 attacks.

This model, which relies on civilian surveillance and racial profiling along with suppressing public protests and critical social movements, does not target potential foreign enemy threats but civilian population and minority communities.

The report titled “Deadly Exchange: The Dangerous Consequences of American Law Enforcement Trainings in Israel” details how the U.S. War on Terror paved the way for the increase in the “militarization of domestic law enforcement,” enhanced by the institutionalization of Israel-U.S. security exchanges.

This was possible because after 9/11, U.S. and Israeli politicians “proclaimed that they were fighting the same Muslim enemy – the ‘same terrorists.’” The U.S. has long supported the Israeli thesis that Palestinian resistance to military occupation, colonization, and apartheid is terrorism. Based on that assumption, Israel has been portrayed as an expert in counter-terrorism.

“While framed as an opportunity for U.S. law enforcement to learn policing strategies from a … democracy with counter-terror experience, in fact, these are trainings with an occupying force that rules a population deprived of human and civil rights,” the report contends.

Israeli monitoring of the daily lives of Palestinians in occupied East Jerusalem and the West Bank have inspired invasive practices in the U.S., like Atlanta’s center for collecting and monitoring footage from thousands of public and private 24-hour surveillance cameras or the New York Police Department’s infiltration of Muslim communities and movements like Black Lives Matter.

There are other ill effects of this profitable security cooperation, including blanket accusations of terrorism that enables the state to target any movement particpating in dissent and the deployment of “indiscriminate and brutal force” against protesters.

The report draws parallels between Israel’s occupation forces’ response to Palestinian protests and U.S. police’s brutality, which amount to the state targeting disenfranchised and racialized communities.

These comparisons were first made by Black and Palestinian activists who share the struggle for “racial justice, human rights, and civil liberties for all.”

Just as “Jewish Israelis of Arab and North African descent have long been viewed by the Israeli police as prone to crime, and are subject to disproportionate policing and incarceration… Black and Brown communities and social movements that seek racial justice” are targeted in the U.S.

Similar to how Palestinians in East Jerusalem are subjected to random body searches, Black youth in the streets are victimized by stop-and-frisk policies that disproportionately target minority communities.

“What American law enforcement learned from Israeli policing is an official policy of marking entire populations as suspect, a model that is in direct opposition to efforts to end the racial profiling that has long been constitutive of American policing,” the report contends.

The report also highlights the important role organizations like the Anti-Defamation League, which facilitates U.S. police training in Israel through its National Counter-terrorism Seminar, sending hundreds of top-ranking U.S. officials to Israel since 2003.

Finally, it reflects on the role of media in justifying military actions, downplaying state violence, and silencing voices of dissent.

“These trainings encourage US law enforcement to adopt Israel’s view of the media as an arm of the government, responsible for working alongside it,” the report warns.

Occupation Free DC: “Occupation of Palestine is no model for DC!”