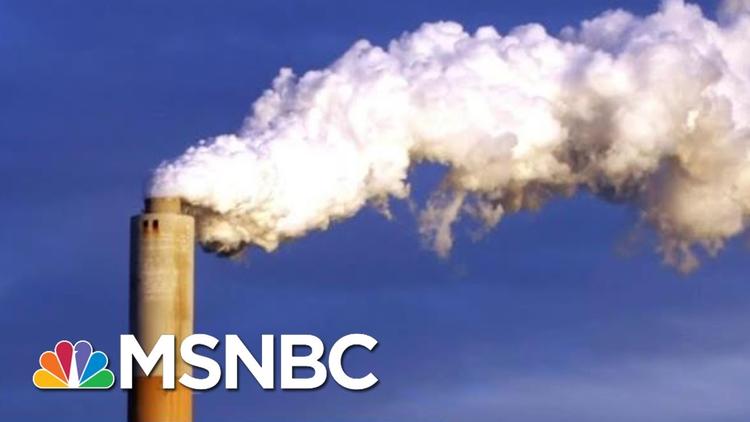 (Afterwords) – September 11 is already an annual day of mourning. But while the nation grieved over victims of the 9/11 terrorist attacks, the Trump administration’s Environmental Protection Agency announced a plan future generations may well grieve as a tragedy in its own right.

While Americans attended memorial services, the EPA announced plans to roll back regulations on methane — a powerful greenhouse gas that damages the world’s climate and threatens human health.

Specifically, the White House wants to kill the Obama administration’s 2016 New Source Performance Standards, which require oil and gas drillers to limit emissions of methane during fracking and flaring (the process of burning off gas that won’t be captured and transported).

It’s yet another big present to the oil and gas industry. Meanwhile, ordinary working families will pay the price, and so will their health. Children, the poor, the elderly, and those with a weak or impaired immune system are especially vulnerable.

The EPA itself agrees: Its own analysis concludes that the new proposed rules could send hundreds of thousands more tons of methane into the atmosphere. The EPA acknowledges further this would hurt thousands of people and rack up a huge cost in health care and agricultural damage.

There are short-term threats, too. Both fracking and flaring pose serious risks to nearby communities, including possible methane leaks.

Methane leaks are frequently accompanied by volatile organic compounds (VOCs), which are known to be toxic and/or carcinogenic to humans.

VOCs carry a boatload of negative health impacts. For example, when combined with particulate matter in the presence of sunlight and heat, VOCs form ground-level ozone, a pollutant that aggravates chronic lung diseases, pre-existing heart problems, and asthma.

Put simply, they’re terrible for the air you breathe and the water you drink and the ground you walk on.

Fracking itself poses a danger. This past March, Physicians for Social Responsibility and Concerned Health Professionals of New York released a report showing that fracking increases the risk of serious medical conditions such as asthma, birth defects, and cancer.

A study by the Environmental Defense Fund found that the U.S. oil and gas industry emits 13 million metric tons of methane from its operations each year — nearly 60 percent more than currently estimated by the EPA.

This attempt by the EPA to roll back the methane rule undermines the health and safety of families and communities. It flies in the face of scientific and medical evidence that methane poses serious hazards to our climate and health.

We need more regulation of methane, not less.

The EPA is directly tasked with creating policies that protect human health and the environment. It’s reckless and irresponsible to weaken a rule that directly fulfills that mission.