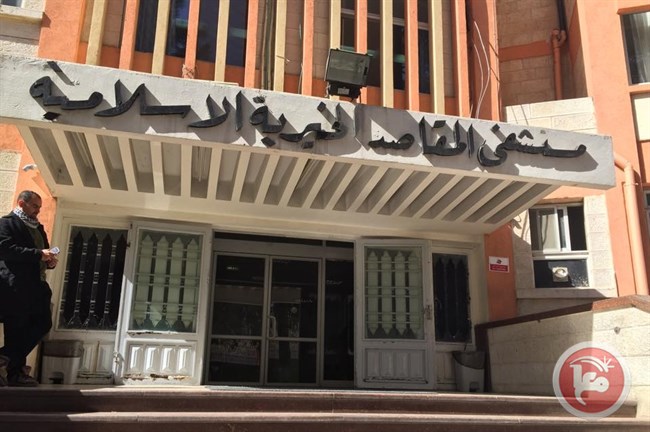 The official said the decision followed a President Donald Trump-directed review of assistance to the Palestinian Authority and in the West Bank and Gaza “to ensure these funds were being spent in accordance with US national interests and were providing value to the US taxpayer.”

“As a result of that review, at the direction of the president, we will be redirecting approximately $25 million originally planned for the East Jerusalem Hospital Network. Those funds will go to high-priority projects elsewhere.”

“This is not a formula of peacebuilding, this is a complete inhuman and immoral action that adopts the Israeli right-wing narrative to target and punish Palestinian citizens to compromise their rights to independence,” said Ahmad Shami, a spokesman for Palestinian leader Mahmoud Abbas.

“Such an act of political blackmail goes against the norms of human decency and morality,” added Hanan Ashrawi, a member of the Palestine Liberation Organization executive committee.

In the past, the US funds made it possible for many Palestinians to seek specialized treatment — such as cardiac surgery, neonatal intensive care or children’s dialysis — unavailable in the West Bank and Gaza, according to the World Health Organization.

Palestinian officials vociferously protested US President Donald Trump’s December 2017 decision to recognize the disputed city of Jerusalem as Israel’s capital. They accuse him of using aid as a coarse lever to force them back to peace negotiations with Israel.

The Trump administration this year cut funds to the UN agency for Palestinian refugees and scrapped around $200 million in payments by USAID to the Palestinians.

Trump made it clear Thursday he was working to force the Palestinians to negotiate.

Instead, Palestinians say his position has weakened moderates and encouraged radicals across the Middle East.