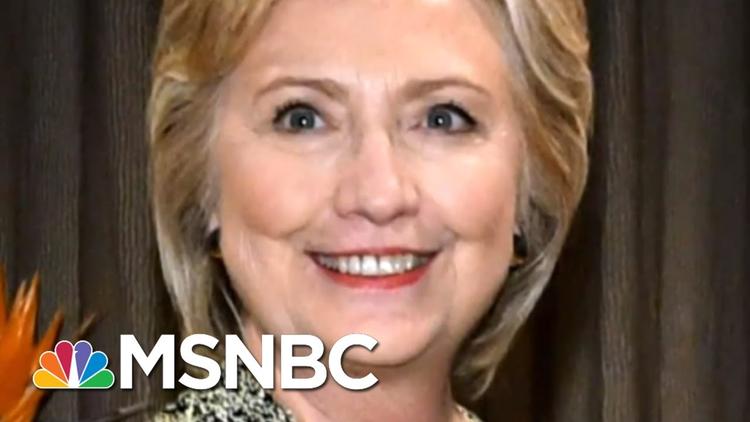 (Informed Comment) – In the midst of the current political turmoil, I was both relieved and delighted to read that a Texas education committee had voted to keep Nasty Women such as Hillary Clinton out of the mandatory social studies curriculum. The idea of impressionable children hearing about her pantsuits made me shudder with horror. Not only did she wear practical clothing, but she actually stood on a stage—in public view!–debating a male opponent who was obviously her superior in every sense. Worse yet, she had the nerve to win the popular vote in 2016 because she was such an attention-seeking diva.

The wise Texans also decided to delete Helen Keller from the curriculum, perhaps because she was another Nasty Woman. It was bad enough that she had advocated for disability rights in the era of hiding “cripples” in a back room. She also spoke out for the women’s right to vote—outrageous! Even worse, she was a socialist. In 1911 she wrote, “The few own the many because they possess the means of livelihood of all … The country is governed for the richest, for the corporations, the bankers, the land speculators, and for the exploiters of labor.” Exposing young students to ideas such as Keller’s would be akin to child abuse.

Since the news reports only mentioned the social studies curriculum, I became concerned about the possibility of other curricula being infiltrated by Nasty Women. For example, I do not know whether the science curriculum includes any mention of fossils because that might lead to the students thinking about evolution. If the textbooks do mention fossils, hopefully they will delete any mention of the fossil hunter Mary Anning because she had revolutionized scientific thought. During the nineteenth century, her meticulous research caused great advances in geology and paleontology, those demonic sciences that dispute the creationist theory. Fortunately, during her lifetime no woman could attend meetings at the Geologic Society of London or enter the doors of the Royal Society. She never received full credit for her work because Victorian society had enough common sense. Imagine that unnatural creature spending days alone on the beach, hunting for fossils. Such behavior made her look like a loose woman, so no child should hear about her discoveries.

Speaking of discoveries, hopefully no schoolchild will ever hear about Jocelyn Bell Burnell discovering pulsars 50 years ago. Only a Nasty Woman could think up the idea of setting up huge radio telescopes in a field to capture sounds from the universe that nobody could explain. “I switched on the high speed recorder and it came blip…. blip…. blip…. blip…. blip…. Clearly the same family, the same sort of stuff and that was great, that was really sweet. It finally scotched the little green men hypothesis” because aliens could not be producing these sounds from the opposite sides of the universe. Since she was “only” a research assistant, her adviser and another male scientist were awarded the Nobel Prize in 1974 instead of her. It was right and proper that a female be cast aside for having made a scientific breakthrough as if she were an attention-seeking diva.

Keeping schoolchildren away from Nasty Women in mathematics might be a greater challenge since the movie and book Hidden Figures features three of the brilliant minds behind the NASA space program in the 1960s. It is nothing but wrong to confuse young minds with the idea that African American women could be so smart.

Moreover, computer science textbooks must never mention Ada Lovelace because only men could have conceived the idea of computers. To credit this “Enchantress of Numbers” with writing the first computer program in 1843 would disturb too many young minds. Instead, hide the fact that she had created an algorithm because women in those days only had enough brains to do needlework.

All sarcasm aside, the Texas controversy exemplifies how women’s accomplishments can vanish from textbooks and other venues. Donna Bahorich, the chair of the Texas State Board of Education, defends the committee’s action as nonpartisan because Barry Goldwater was also excluded from the mandatory curriculum. Even if the committee had acted in good faith, though, the action perpetuates the problem of remarkable women remaining invisible to both children and adults.

The good news is that the luminescence of Hillary Clinton and other Nasty Women is impossible to extinguish. For example, Burnell has recently received a Special Breakthrough Prize and worldwide recognition. Ruth Bader Ginsburg, the Notorious RBG, has become a pop idol for being a legal pioneer. Despite the setback of the Texas action, then, Nasty Women will receive their fair due.