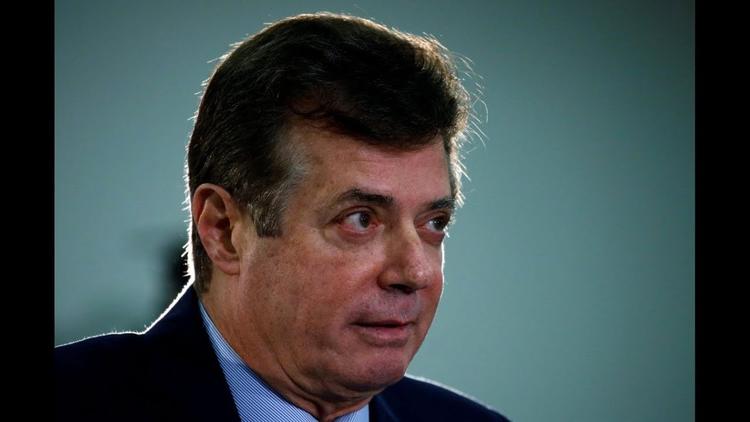 Ann Arbor (Informed Comment) – Trump’s campaign manager April-August of 2016, Paul Manafort has agreed to plead guilty to conspiring against the United States. In return for a reduction of his sentence he must answer fully and candidly all the questions asked him by special counsel Robert Mueller and his team about criminal wrongdoing. Since Manafort is alleged to have had close relations with Russian oligarchs, money-launderers and even organized crime, he almost certainly knows about a fair number of crimes.

Mueller is not interested in random crimes, however, but in any that may have been commmited by Trump or his close associates, especially crimes involving contacts with Russia during the 2016 campaign, of which Manafort was the chairman. In that period, Trump would call him 20 times a day. The two men were very close.

A Washington, D. C., court was about to begin a trial against Manafort. Mueller’s side had easily won their first case against Manafort, in Virginia, and the likelihood is that they would have won the Washington one, as well. Manafort was looking at going bankrupt defending himself, and at being sentenced to life in prison (he is 69 so any long sentence amounts to a life sentence).

As it is, Manafort has to give to the Federal government over $40 million in ill-gotten gains. Manafort has been convicted of lobbying for pro-Russian politicians and interests in Ukraine, of not registering as a foreign agent, and of keeping tens of millions of dollars in payments from Russian oligarchs and their Ukrainian counter-parts in banks in Cyprus while never paying any taxes on them. He got paid for doing things like circulating a false charge that Ukrainian prime minister Yulia Tymoshenko (anti-Russian) was guilty of ordering people killed (Manafort said he wanted to “put some stink” on her).

Manafort colluded with an unnamed Israeli official to weaponize “anti-Semitism” for Russian aims in Ukraine, painting Tymoshenko as an anti-Semite. He then put pressure on the Jewish figures in the Obama administration to pressure Obama to oppose Tymoshenko, in favor of the pro-Russian Viktor Yanukovych.

The casual way in which the Likud government of Binyamin Netanyahu, prime minister of Israel, throws around charges of anti-Semitism for narrow, everyday political gain has almost entirely undermined the force of the charge. When I see a campaign against Jeremy Corbyn waged by the British Israel lobbies, attempting to smear him as bigotted against Jews because he disagrees with Israeli colonization of the Palestinians, I am inclined to discount it. It is just more Manafortism, in which there is an attempt to have Corbyn Manafortized.

All that speaks to Manafort’s character but it is ancient history. The big story is that he attended the July, 2016 Trump Tower meeting with Russian agent Natalia Veselnitskaya, in which the Trump campaign expected to receive damaging information on Hilary Clinton from Russian hacking of her accounts. The Russians wanted Magnitsky Act sanctions lifted on President Vladimir Putin’s cronies in return.

Trump himself dictated a description of that meeting which is nothing but a lie. Don Trump, Jr., had called the meeting after receiving an invitation to meet by a high Russian source.

That is, Manafort is potentially in a position to begin putting Trump family members in jail, and to provide the smoking gun to Mueller against Trump himself.

Moreover, since Manafort knows the Russian oligarchs and criminal elements, it is not impossible that he has incidental information about Trump moneylaundering via Moscow.

PBS NewsHour: “What will Paul Manafort’s cooperation mean for the Russia probe?”