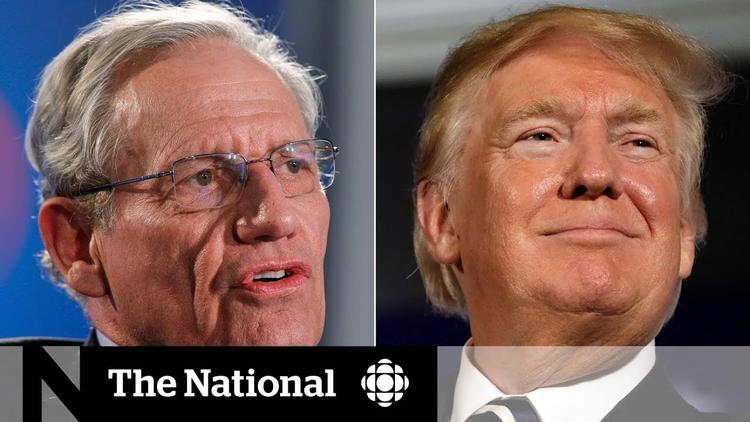 The Washington Post yesterday carried excerpts from Bob Woodward’s forthcoming book, “Fear,” which profiles the Trump White House from hundreds of hours of interviews with staffers. Trump declined to be interviewed.

Here are some of the main points regarding foreign policy (though the word ‘policy’ has to be taken with a grain of salt).

1. When Syrian strongman Bashar al-Assad was accused of using chemicals in an attack that killed civilians at Khan Shaikhoun in April, 2017, Trump fumed at Secretary of Defense James Mattis, “Let’s fucking kill him! Let’s go in. Let’s kill the fucking lot of them.”

Mattis pretended to be on board, but arranged for the limited missile strike that Trump eventually signed off on.

During the 2016 Republican primary, Trump had said that Syria needed a strongman like al-Assad.

2. Trump wants to get out of Afghanistan and tongue-lashed his generals for 25 minutes in summer of 2017 for being on the path to losing the war.

“The soldiers on the ground could run things much better than you. They could do a much better job. I don’t know what the hell we’re doing . . . How many more deaths? How many more lost limbs? How much longer are we going to be there?”

3. In March of 2017, Trump demanded a plan for a preemptive military attack on North Korea, horrifying his staff. He insisted that his insults aimed at the North Korean president were a matter of “me versus him.”

Trump wanted to withdraw all 28,000 US troops from South Korea and end an intelligence program that can detect a North Korean missile launch in 7 seconds (it would be 15 minutes from Alaska. Secretary of Defense Jim Mattis said that the US in in S. Korea to prevent WW III, which may have sounded a little melodramatic even to Trump, because it is.

Mattis said that Trump’s understanding of world affairs was that of a fifth- or sixth-grader, which is unfair to Middle School students everywhere.

Trump’s desire to pull out of the Korean peninsula has been reported before, but Woodward confirms it.

Chief of Staff John Kelly provided the most colorful quote: “He’s an idiot. It’s pointless to try to convince him of anything. He’s gone off the rails. We’re in Crazytown. I don’t even know why any of us are here. This is the worst job I’ve ever had.”

Trump accused the late Sen. John McCain of being a coward and taking early release from a N. Vietnamese prison because his father was an officer. (Mattis corrected him, but whatcha wanna bet Trump still believes it?)

The Post account actually suggests that Trump does have some foreign policy principles. He seems to want to bring US troops home from Afghanistan, Syria and North Korea, regardless of the consequences. He seems to want nevertheless to assassinate the politicians in those countries when he comes into dispute with them.