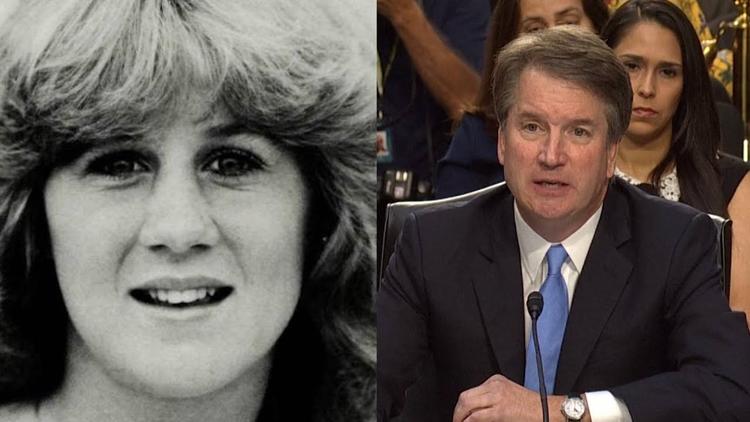 (Informed Comment) – When a psychology professor stepped forward to share her story of an alleged assault by the Supreme Court nominee Brett Kavanaugh, more than one commentator noted the academic credentials of Doctor Blasey. As a professor myself, I can appreciate the privilege of being taken more seriously than the average person.

When another woman spoke out about an alleged sexual assault by Roy Moore in 2017, though, the situation was different. Like Blasey, she had been a teenager in the 1980s when the alleged attack occurred. However, she was a “3x divorced, 3x bankrupt, Payday Loan lowlife (who was accusing) a public servant with an impeccable personal and professional record” according to one online comment of an article on a conservative website.
This contrast between these two women shows that credibility is a precious social commodity that we can take for granted if we are believed because of our race, social class, and other privileges.

During the surge of sexual misconduct allegations in 2017, the people denying the alleged victims’ credibility often stressed the motivations of money and attention. Now during the Kavanaugh controversy, critics are accusing Blasey of yet another motivation—political intrigue.

Certainly, the likelihood of determining what actually had happened to these women three decades ago is slim indeed. Even for more recent allegations, though, the prevalence of rape myth acceptance can impede an investigation and trial. Rape myths include: most rape accusations are false, the victim was partly (or entirely) to blame, and males cannot be raped. The alleged victim of Kobe Bryant, for example, lacked credibility because she was only a hotel employee and he was a celebrity. Unfortunately, one research study claims that people who were educated about rape myths still held on their beliefs.

As our society progresses with the #MeToo movement, how can we destroy the rape myth that most accusers are liars? First, we must recognize the underlying misogyny of the rape myth that undermines the credibility of the accuser. The males who are also victims of sexual assault are the collateral damage of the widespread violence against women. For decades, feminists have been claiming that sexual harassment and other misconduct were prevalent in this society—only to be dismissed as man haters or even worse, somebody without a sense of humor. A recent tweet of Donald Trump, Jr. compared Blasey’s allegation of a brutal attack to a child’s love note, which demonstrates that some people still consider sexual assault to be nothing but a joke.

The second action that we should take is to reconsider the alleged victims’ culpability. Situations do not cause rape; only rapists cause rape. I have never been raped. This is not a boast, since I am no smarter or more moral or more sensible than any rape victim. I am simply lucky that the men I have encountered were not rapists. In the Blasey allegation, the teenaged girl did nothing wrong. It is completely normal for a girl that age to go to a party. Millions of females go to parties and do not get raped because they did not encounter a rapist.

Lastly, we should recognize that most rapists are not slobbering monsters who hide behind dark bushes. Instead, they are often good-looking and personable men who get along well with most women. The letter from the 65 female supporters of Kavanaugh, then, is completely meaningless. He could have been kind to 65 million females and still be a perpetrator. The reaction of “he’s a good man—- he could not do that!” is understandable but not helpful in determining the truth about allegations.

Life would be simpler if men who mistreat women had signs on their foreheads about their true nature. Instead, we have to acknowledge that men like Senator Robert Packwood could be both a feminist advocate and a man who had harassed many women. He was no monster. His interactions with most women were probably positive and uplifting for them. However, many persons are complex creatures who can compartmentalize their behaviors and even hide a darker side.

It will be hard work, then, to strengthen the credibility of the accusers to ensure a fair hearing. We can begin by fighting misogyny, refusing to blame those who were attacked, and realizing that rapists do not appear as monsters. Any alleged victim deserves our respect instead of being called an opportunist or other calumnies. Any alleged victim deserves a decent amount of credibility.