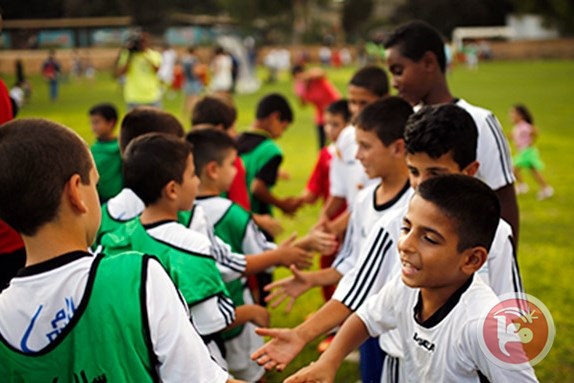 BETHLEHEM (Ma’an) — The United States decided to block millions of dollars to programs that build relations between Palestinians and Israelis as part of its policy to end all aid for Palestinian civilians.

The New York Times reported that “the move to prevent Palestinians — including, in many cases, children — from benefiting from the funds squeezes shut the last remaining channel of American aid to Palestinian civilians.”

Palestinians consider such programs to be “normalizing” relations between the two sides at the time that Israel refuses to recognize the rights of the Palestinian people.

NY Times said that the US Congress had already budgeted the money for allocation in fiscal year 2017, ending this month.

Previously, the designated funds went mostly to programs that organized people-to-people exchanges between Palestinians and Israelis, often for youth; some also went to programs for Israeli Jews and Arabs.

As the US President Donald Trump cut all other aid Palestinians, according to the new site advocates had hoped this last fund of $10 million would remain available to projects with Palestinians.

Tim Rieser, US foreign policy aide to Senator Patrick Leahy, said that officials from the United States Agency for International Development (USAID) had told congressional aides, last week, that programs benefiting Palestinians alongside Israelis would not be receiving any new money.

Rieser said that the agency’s officials did not want to cut programs with Palestinians, but had to accommodate a White House that does not want to send American funds to Palestinians.

“As a result, only programs with Israeli Jews and Israeli Arabs will get funding, contrary to the tradition of the funds and intent of Congress.”

Rieser added that USAID was essentially faced with either shutting down the program and losing the funds, “or keeping something going.”

“They decided to support programs that involve Israeli Jews and Israeli Arabs.”

Rieser said that “programs currently on multiyear grants will still get all their funds.”

USAID said, in a statement on Friday, that it is “currently unable to engage Palestinians in the West Bank and Gaza as a result of the administration’s recent decision on Palestinian assistance.”

The agency said it was “continuing its support for civil society working on these issues within Israel.”

Last week, the US had cancelled $20 million in aid to Palestinian hospitals of occupied East Jerusalem, weeks after its decision to cut all funding to United Nations Relief and Works Agency for Palestine Refugees (UNWRA).