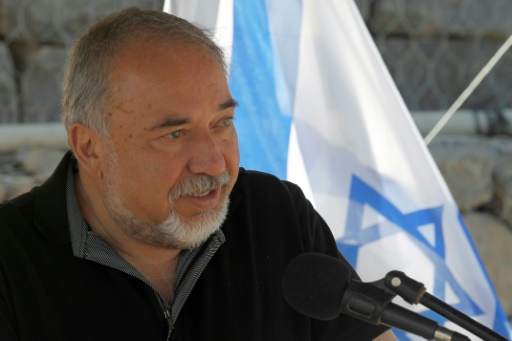 Jerusalem (AFP) – Israel’s defence minister said Monday that negotiations with Palestinians on the situation in both Gaza and the occupied West Bank were pointless and that the country should act unilaterally.

Avigdor Lieberman’s remarks came as Egypt and the United Nations were working to forge a lasting ceasefire between Gaza rulers Hamas and Israel after months of tensions and violence.

“I’m aware of all the negotiations and all the mediators and everything going on there,” he said at a Jerusalem conference, in remarks relayed by his office.

“The negotiations, regardless of whether they’re on Ramallah or Gaza, won’t lead us anywhere,” he said.

“All the negotiations have led us to a dead end, therefore we need to act on the Palestinian issue — regarding Ramallah and Gaza — unilaterally, and define the reality unilaterally, according to our understanding,” Lieberman said.

The outspoken minister reiterated the strategy of enabling more commerce and travel in and from the blockaded Gaza Strip in return for a decrease in militant activity from the Palestinian enclave and clashes along the border.

“The average Gazan concerned about his livelihood and how to feed his family must understand that whoever participates in terror activity harms his livelihood,” he said.

There have been months of tension along the border and several military-flare ups, but recent weeks have seen relative calm.

Palestinian militants in Gaza and Israel have fought three wars since 2008.