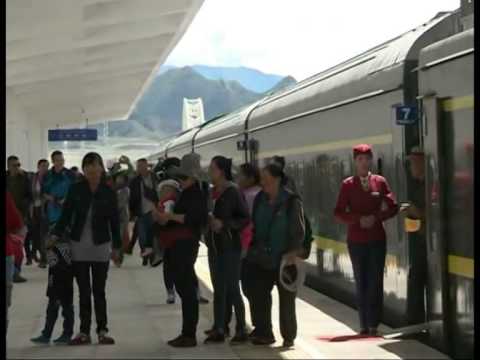 As speculation grows that the Syrian army under the regime of Bashar al-Assad is preparing to strike at the Idlib de-escalation zone, the last piece of Syrian territory with a significant rebel presence left active, it seems as if the brutal civil there is at last drawing to a bloody conclusion. Like Iraq, Syria may continue to experience instability and terrorist attacks for years to come (the so-called Islamic State – IS – remains active on both sides of the two countries’ mutual border), but the effort to unseat the Assad regime from Damascus has seemed doomed since the intervention of Russia on behalf of its old ally began in 2015.

Russia’s occasional partner-in-crime China has also mooted sending troops to fight in Idlib, concerned at the presence of Uighur jihadists among the international terrorist organisations present there. But unlike Russia, which has used overseas military interventions in unstable places like Syria and Ukraine to reassert its geopolitical significance, Beijing still follows a decades-old policy of avoiding involvement in overseas adventures. Its interest in Syria is primarily focused on extending its new One Belt, One Road strategy westward, and thus expanding its economic and political influence into the Mediterranean region.

Along with Russia and Iran, Beijing could end up being among the big winners of the Syrian civil war, having backed the victorious side (albeit distantly and at arm’s length). Indeed, without the rebels and their Western backers to united them, the three powers could easily end up quarreling as they compete for influence in post-war Syria among themselves; the Assad regime remains a pariah for Western countries and the international institutions they still influence, meaning the aid needed to rebuild Syria following the end of the war will be unlikely to come from these quarters without terms attached which are unacceptable to the victors in Damascus.

However neither Iran nor Russia are likely to be able to afford to give the amount of aid that China can, meaning Beijing will have a significant advantage over its competitors. Estimates over how much it will cost to return Syria to its pre-2011 level of development vary; the government of President Bashar al-Assad says it will need $195 billion to rebuild, whilst the UN estimates it will cost at least $250 billion. So far China has only promised a fraction of this sum, but with the United States and European nations seeing the cost of rebuilding as leverage to be used to force Damascus into making political concessions to the opposition, Beijing does have an opening it could take to integrate Syria into One Belt, One Road, if it so chooses.

Syria is certainly courting China for more cash, with the Assad regime’s ambassador to Beijing, Imad Mustafa, announcing late last year that it would give top priority to Chinese companies in investment and reconstruction opportunities at a special gathering of 1,000 representatives of Chinese firms, who might be interested in the opportunities of working there. At the same event, Qin Yong, the vice-president of the China-Arab Exchange Association, claimed that plans for $2 billion had been made for Chinese investments in Syrian industrial parks. How much of this money will actually materialise is debatable, but Qin made four trips to Syria in 2017, highlighting the growing interest Chinese businessmen are showing at the prospect of rebuilding Syria’s shattered infrastructure in areas like roads, hospitals and even the Arab state’s electricity grid.

Such big infrastructure projects are a hallmark of Chinese development at home and projection of influence abroad. Indeed, Beijing has long been accused of using such schemes to run up unpayable debts with poor countries elsewhere in Asia, and of using this ‘debt-trap’ to extort political concessions from the unfortunate debtors. Beijing may be pursuing the same strategy in Syria at the expense of Iran, Russia, and ultimately President Assad himself.

However, given the methods that the Assad clan have used to retain their power in Syria, the Syrian ruling elite may have little choice in the matter, having nowhere else to turn for the money. Meanwhile, though China may generally prefer safer places to invest the bulk of its cash in the Middle East (such as Qatar), it also has a history of propping up despotic regimes in the region where it suits Chinese geopolitical interests. For example, Beijing has worked for years with the Sudanese regime of President Omar al-Bashir who, like President Assad, is accused of committing serious crimes against his own people, including genocide, and has been indicted by the International Criminal Court (ICC).

Neither China nor Sudan is a signatory to the ICC, whose operations are regarded as an infringer of national sovereignty by both authoritarian governments. But China today controls as much as 75 percent of Sudanese oil production, having thrived there by undercutting the competition and accepting higher risks than companies based elsewhere in the world would. Syria has much less to offer Beijing in terms of natural resources than Sudan, but its pariah reputation and geographic location at the crossroads of Europe and the Middle East (troubled EU member Cyprus lies just off the coast) may combine to make it an attractive prospective outpost of Chinese power. Therefore, expect more headlines about Chinese interest in Syria’s reconstruction if the rebellion in Idlib is decisively crushed later this year.

TeleSur from last Winter: “China ready to participate in reconstruction of Syria