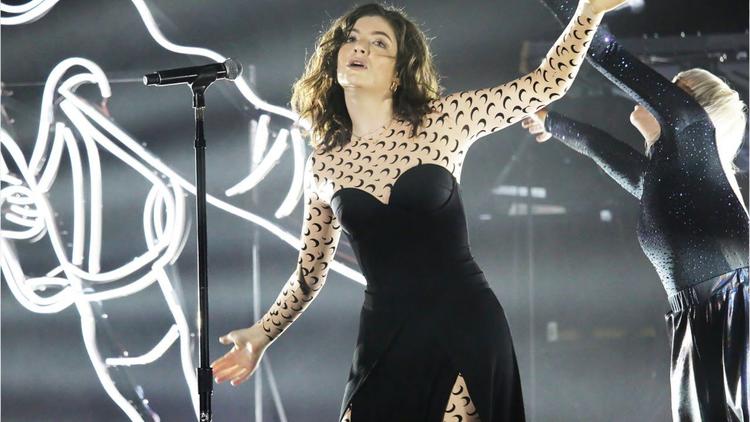 The decision was handed by the Jerusalem Magistrates Court and based on Israel’s 2011 anti-BDS law, under which anyone who calls for a boycott of Israel or an Israeli institution can be sued for damages. The ruling is thought to represent the first time the controversial law has been cited as the basis of a court decision.

The lawsuit was filed on behalf of three teenage Lorde fans who were left “disappointed” by her cancellation of the concert. The case was brought before the court by Israeli attorney Nitsana Darshan-Leitner, who heads the Shurat HaDin Israeli Law Centre which is known for fighting against the Boycott, Divestment and Sanctions (BDS) movement, Haaretz explained. The Guardian added that: “The Israeli teenagers claimed their ‘artistic welfare’ was damaged because of the cancellation and that they suffered ‘damage’ to their good name as Israelis and Jews”.

The two New Zealand activists have since rejected the court order, saying: “Our advice from New Zealand legal experts has been clear: Israel has no right to police the political opinions of people across the world,” according to Haaretz. The pair added that the decision merely represented “a stunt, […] the sole intention [of which] is to intimidate Israel’s critics”.

Lorde, who hails from New Zealand, was slated to perform in Tel Aviv this June, but announced in December 2017 that she would cancel the concert after reading an open letter calling on her to boycott Israel. The open letter was written by New Zealanders Justine Sachs and Nadia Abu-Shanab, of Jewish and Palestinian extraction respectively, and described the ongoing Israeli occupation of the West Bank and the dire effect this has on Palestinians’ daily lives. The pair wrote:

In this context, a performance in Israel sends the wrong message. Playing in Tel Aviv will be seen as giving support to the policies of the Israeli government, even if you make no comment on the political situation.

The letter continued: “Israel might seem like a world away from New Zealand but that shouldn’t stop us from speaking out and being on the right side of history […] Please join the artistic boycott of Israel, cancel your Israeli tour dates and make a stand. Your voice will join many others and together we can and will make a difference.”

As yet it is unclear whether the court ruling will be enforced and the activists will be required to pay the damages. The attorney who presented the case, Darshan-Leitner, claimed that “there is a treaty between Israel and New Zealand on enforcing judgments, so the decision by an Israeli court will affect those activists”. However, the Guardian noted that “legal experts [have] said the judgement was not automatically enforceable under New Zealand law” and “it would be up to the courts of New Zealand to decide”.

Lorde is not the only artist to cancel an appearance in Israel and support the BDS movement. Others include . . . Brazilian singer Gilberto Gil and Lauryn Hill. A number of other artists also pulled out of this year’s Meteor Festival, with a total of 15 bands heeding BDS’ call to withdraw from the event.