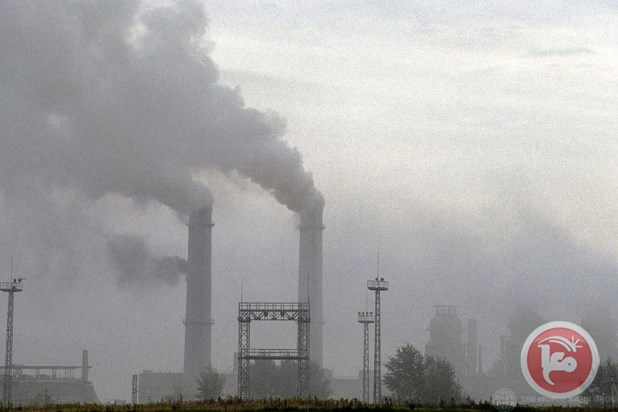 BETHLEHEM (Ma’an) — Nearly 2 billion children, about 93% of the world’s children under the age of 15, breathe toxic air, which is polluted to such an extent that it puts their health and well-being at serious risk.

According to a new report by the World Health Organization (WHO), it estimated that 600,000 children died in 2016 from lower respiratory infections caused by dirty air.

Tedros Adhanom Ghebreyesus, director-general of the WHO, said “Polluted air is poisoning millions of children and ruining their lives.”

He stressed “This is inexcusable. Every child should be able to breathe clean air so they can grow and fulfill their full potential.”

Air pollution can affect children’s cognitive ability and can also trigger asthma as well as cancer. Children who have been exposed to high levels of air pollution may be at greater risk for chronic illnesses such as cardiovascular disease later in life.

The report said “The problem is most severe in low and middle-income countries, primarily nations in Africa, Southeast Asia, the eastern Mediterranean and western Pacific.”

The report added that “Overall, about 7 million people around the world die each year because of air pollution. In fact, one-third of the deaths from stroke, lung cancer and heart disease stem from polluted air.”

The WHO report suggested that accelerating the switch to clean cooking and heating fuels and technologies, as well as promoting the use of cleaner transport, energy-efficient housing and urban planning, in order to reduce pollution.

“The enormous toll of disease and death revealed by these new data should result in an urgent call to action for the global community. For the millions of children exposed to polluted air every day, there is little time to waste and so much to be gained.”