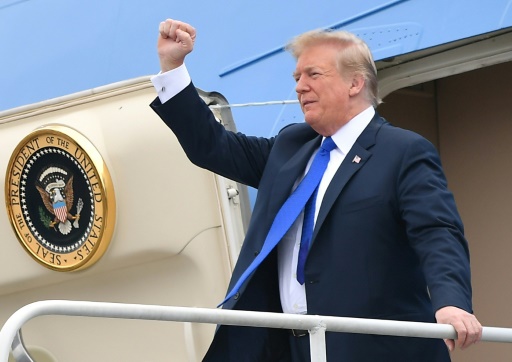 New York (AFP) – The New York state tax department said Tuesday it is investigating reports that President Donald Trump helped his parents dodge millions of dollars in taxes and received far more money from his father’s real estate empire than he has claimed in the past.

Earlier, The New York Times said its own exhaustive probe of a vast trove of tax returns and confidential records showed Trump had engaged in suspect tax tactics, including “outright fraud” that greatly inflated the funds he received from his parents.

Trump has stated on numerous occasions that he received little help from his father, New York property developer Fred Trump, in building his fortune.

“The Tax Department is reviewing the allegations in the NYT article and is vigorously pursuing all appropriate avenues of investigation,” New York state Taxation and Financing spokesman James Gazzale told AFP.

The Times said Trump received the equivalent of $413 million in today’s dollars from his father’s real estate activities — having earned $200,000 a year in today’s dollars by age three. By age eight, he was already a millionaire.

Trump was receiving the equivalent of $1 million a year from his father shortly after his college graduation, it added, noting that the funds grew to more than $5 million per year when he was in his 40s and 50s.

The Times said the bulk of the funds owed to tax evasion tactics that Trump helped devise, including a “sham corporation” he and his siblings created to hide millions of dollars in gifts from their parents.

The newspaper said Trump’s parents, Fred and Mary Trump, who died respectively in 1999 and 2000, transferred more than $1 billion in wealth to their five children.

This could have produced a tax bill of at least $550 million but the Trumps paid a total of just $52.2 million, the Times said, citing tax records.

One of Trump’s lawyers, Charles Harder, decried the newspaper’s allegations as “100 percent false, and highly defamatory.”

“There was no fraud or tax evasion by anyone. The facts upon which The Times bases its false allegations are extremely inaccurate,” he added. 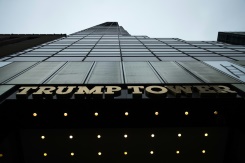 GETTY IMAGES NORTH AMERICA/AFP/File / Drew Angerer. The New York Times report said Trump and his siblings set up a sham corporation to disguise millions of dollars in gifts from their parents.

“President Trump had virtually no involvement whatsoever with these matters.”

Harder insisted the matter was mostly handled by other relatives who relied “entirely” upon licensed professionals to “ensure full compliance with the law.”

The White House, meanwhile said that “Many decades ago, the IRS reviewed and signed off on these transactions.”

Spokeswoman Sarah Sanders instead shifted blame onto the Times itself, saying “Perhaps another apology from The New York Times, like the one they had to issue after they got the 2016 election so embarrassingly wrong, is in order.”

The Times said Trump’s tax-hating father used various methods to funnel his wealth to his children and shield it from the Internal Revenue Service, some of which tax experts said was improper or possibly illegal.

Among the tactics, Fred Trump gave ownership of most of his real estate empire to his children a year and a half before his death.

The properties were valued at just $41.4 million although they were sold off over the next decade for more than 16 times that amount, it said.

Breaking with the practice of past presidents, Trump has refused so far to release his tax returns.

Citing tax experts, the Times said Trump was unlikely to face criminal prosecution for helping his parents evade taxes but could face civil fines for tax fraud if the matter is pursued by the authorities.