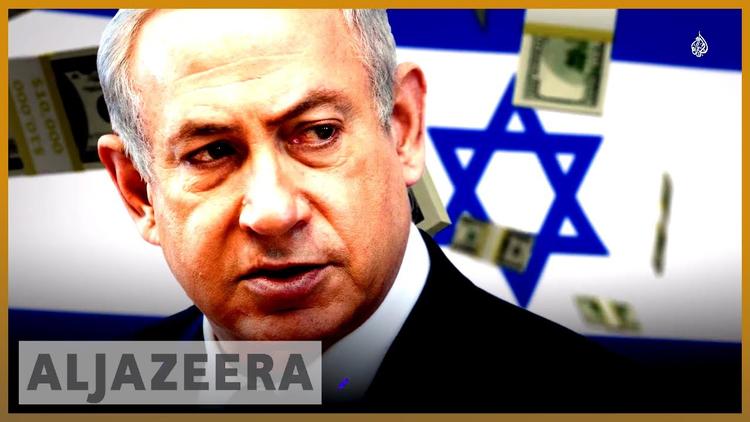 In its ongoing battle against the international Boycott, Divestment and Sanctions (BDS) campaign Israel is pushing for European political parties to declare the movement “fundamentally anti-Semitic”. The latest drive saw Israel’s Minister of Jerusalem Affairs, Ze’ev Elkin, attending a conference in Brussels backed by the Israeli government which proposed a text for prospective MEPs and political parties to sign up to before European elections in May next year.

The text, the Guardian reported, urges European parties to adopt the International Holocaust Remembrance Alliance’s (IHRA) “working definition of anti-Semitism” and exclude from government any politicians or parties that breach it.

Most controversially, one of the red lines – based on a resolution adopted by Angela Merkel’s Christian Democratic Union in Germany in 2016 – calls on “all political parties to pass a binding resolution rejecting BDS activities as fundamentally anti-Semitic”.

Rabbi Menachem Margolin, the founder of the European Jewish Association, an umbrella group of organisations that is co-organising the conference with the Europe Israel Public Affairs (EIPA) group was reported by the Guardian saying: “These ‘red lines’ when passed will represent not our line in the sand but our line in the concrete, and serve as a wake-up call to politicians that the very future of Jewish Europe is on the line here.”

The Brussels conference marks another escalation in Israel’s war against BDS. Having ignored the campaign in the past, Israel is reported to have set aside a war chest of $72 million to counter the global BDS campaign, which has shown no sign of tiring as Israel continues with its occupation of Palestine.

Draconian laws, described by Israel’s critics as an attack on democracy and free speech, have been adopted by the Israeli Knesset to slow the rise of BDS. Last year it passed a law barring supporters of the campaign into the country.

The move has been condemned by Israel’s critics. “I reject the unceasing attempts to amalgamate this Palestinian-led movement with antisemitism,” said Margrete Auken, the vice-chair of the European parliament’s delegation for relations with Palestine who admitted that she did not support the BDS campaign but she opposed the attempt to silence peaceful objection to Israel.

“There is an evident wish to silence BDS advocates in order to protect the illegal policies of annexation and dispossession of the Netanyahu government. Criminalising and repressing the legitimate expression of free speech cannot be accepted in our societies,” added Auken.