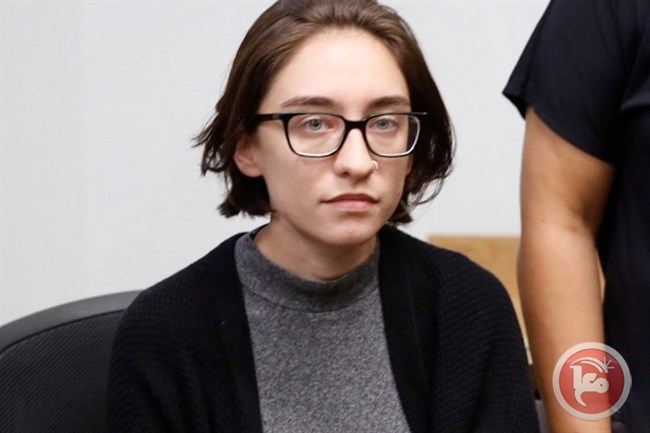 JERUSALEM (Ma’an) — The Israeli Supreme Court ruled that American student, Lara al-Qassem, will be allowed to remain and study in Israel, overturning a lower court decision that initially backed the decision to ban her from entry.

Twenty-two-year-old American student, Lara al-Qassem, who has a Palestinian grandfather, was granted an A/2 Student Visa for her master’s degree at the Hebrew University by the Israeli consulate in Miami, United States, for an entire year.

However, she was refused entry under an Israeli law against foreign pro-Palestinian activists who call for boycotts of Israel and was held in detention at the Ben Gurion airport in Tel Aviv for over two weeks, due to her “boycott activity.”

The boycott activity referred to a period when al-Qassem was studying for her bachelor’s degree and was president of a local chapter of Students for Justice in Palestine at the University of Florida, which had less than 10 members, that promotes boycotts, divestment and sanctions against Israel as a way to battle the occupation.

Supreme Court Judge, Neil Hendel, wrote that “The state is correct in its intentions but not in its implementation,” and explained that combating BDS is admirable and defending a democracy is part of democracy. However, preventing al-Qassem from entry does not serve the purpose of the anti-BDS law passed by the Israeli Knesset in 2017.

In response to the BDS movement, the Israeli Knesset approved a law, prohibiting the entry of foreigners who call for boycotts on Israel or its illegal settlements; the law truly banned several Americans who planned to visit Israel, including Ariel Elyse Gold, a Jewish American BDS activist and national co-director of CODEPINK, a women’s peace organization.

The law, which was advanced by right-wing and centrist coalition Israeli lawmakers, prevents “foreign nationals who have publicly called for a boycott of Israel or work on behalf of an organization that advocates these measures from entering Israel.”

In addition, the Israeli Minister of Interior has the right to bar individuals from entering Israel, under the law.

Al-Qassem’s lawyer, Yotam Ben Hillel, said in a statement “The Supreme Court’s decision is a victory for free speech, academic freedom, and the rule of law.”

The Hebrew University, which al-Qassem enrolled at for her Master’s degree, supported her struggle to enter Israel and said “The Hebrew University of Jerusalem looks forward to welcoming our newest student, Lara al-Qassem, as she begins her M.A. in Human Rights & Transitional Justice at our law school next week.”

Earlier this week, students at the Hebrew University demonstrated against detention of al-Qassem by placing posters on seats throughout the classrooms, reading “Reserved (for) Lara Alqasem,” in Arabic, English and Hebrew.

Despite their efforts, several students from the “Im Tirtzu” movement erased al-Qassem’s name from a number of posters and replaced it with the names of recently killed Israelis during attacks carried out by Palestinians.

The Israeli Minister of Interior, Aryeh Deri, responded to the ruling calling it a disgrace; “Where is our national pride? Would she have dared act against the United States while seeking to study there?”

The Israeli Minister of Internal Security, Gilad Erdan, also stated that the ruling was a “huge victory to BDS.”

It remained unclear whether the Israeli authorities would appeal the Supreme Court’s ruling.