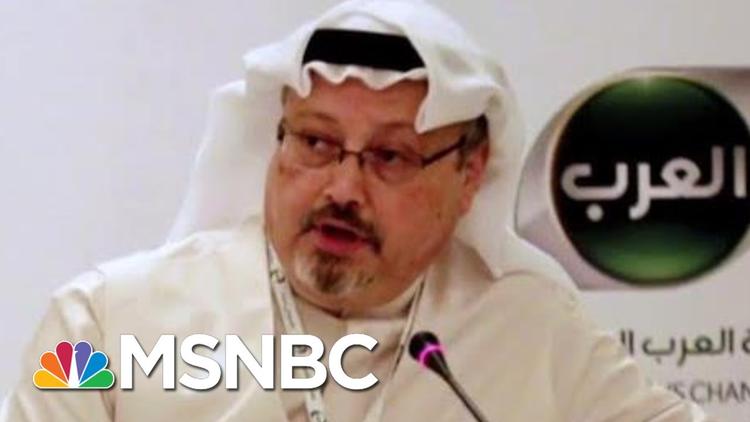 Ann Arbor (Informed Comment) – Voices from the Right wing, prominently featured in Rupert Murdoch’s Wall Street Journal, are warning that the grisly murder of Jamal Khashoggi by a hit squad made up of persons close to crown prince Mohammed Bin Salman should not mean the end of the close US relationship with Saudi Arabia.

I would concur with one part of this argument, which is that we should wish the country of Saudi Arabia well. But the current relationship of Washington and Riyadh is pathological in a lot of ways, and a policy rethink on both sides would benefit both countries.

Saudi Arabia is not the largest oil producer in the world, but it is the largest oil exporter, which is what is important. The US and the Russian Federation produce similar amounts, but they use most of it domestically. Saudi Arabia is important because it is the world’s swing exporter. It can export a lot or much less, and still get along because of its relatively small population.

The US has used the security umbrella it provides to the wealthy but weak Saudis as a leverage to have them up their production and flood the market at key points. They do this to weaken countries like Iran, which have far less flexibility and suffer when prices of petroleum are low. Or they do it to lower US gasoline prices to help the party in power.

The US also depends on the Saudis to buy US arms. Since the Iraq and Afghanistan wars have wound down, companies like Lockheed Martin and Boeing would suffer if they did not sell weapons abroad.

But both of these bases for the Saudi relationship with the US are very bad for everyone on earth. Burning petroleum to fuel cars puts billions of tons of the heat-trapping gas carbon dioxide into the atmosphere annually, which is threatening human welfare and civilization.

Petroleum has to be kept in the ground and the governments of the earth must marshal all their resources to make a rapid, as in 10-year, transition to public mass transportation and electric vehicles fueled by the wind and sun. The cynical US use of Saudi Arabia to flood the market must stop. Indeed, this tactic often lowers gasoline costs as an incidental side effect even where that isn’t the main goal, thus delaying the transition to electrical vehicles.

Saudi Arabia itself must get off its own dependence on oil exports, which Riyadh recognizes, and develop sustainable industries that will allow the country to develop normally after the end of oil.

Massive arms sales are also bad for both countries. The US is spreading around highly sophisticated death and destruction machines. Owning them has tempted the Saudis into the disastrous Yemen war, which threatens the civilians of the latter country with mass starvation. If the Saudis think such an event will not boomerang on them, they are sorely mistaken.

Lockheed Martin and Boeing employ phalanxes of smart engineers and scientists and they should turn their talents to fields like batteries and renewable energy, which will save humankind rather than destroying it.

So both petroleum and arms sales as the basis for the US-Saudi tie are bad for both countries and catastrophic for the globe and for human welfare.

For the US to throw the Middle East into more tumult, impelling mass migration to Europe and pushing that continent politically toward xenophobia and ultra-nationalism, is madness. Trying to contain Iran by keeping it from selling petroleum will fail, though not completely. But petroleum will be worthless in as little as a decade to a decade and a half, and that source of Iran’s wealth will dwindle into insignificance. For the US to risk Middle East stability when Iran’s riches are so ephemeral is poor strategy. We can wait the mullahs out. Imagine if Reagan had not rushed into an Afghanistan guerrilla war to foil the Soviets, at a time when the Soviet system was on life support and would soon die of its own accord. 9/11 would never have occurred without the Reagan Jihad in Afghanistan. Trump shouldn’t make the same fatal error with regard to fighting an Iran that will sink from its own obsolescence.

Saudi Arabia has acted as a profoundly anti-democratic force in the region. It backed the 2013 military coup in Egypt. It backed the radical Army of Islam in Syria, sidelining more democratic civil organizations. It is at daggers drawn with democratic Tunisia. It is increasingly at odds with Turkey, which at least has regular elections, whereas the Saudi royal family wouldn’t recognize a free and fair election if it fell on their heads from a great height. The US should be containing this authoritarianism, not enabling it, in the region.

The US needs to go into overdrive to promote electric vehicles and end world petroleum sales. It needs to contain Saudi Arabia’s authoritarian foreign policy, which has blighted hundreds of millions of lives. It needs to stop selling the world’s most advanced weaponry to a Saudi boy-king who likes to blow up civilian bridges in Yemen.

I genuinely say this not out of any dislike of Saudi Arabia. It is a great country with an impressive civilizational contribution, and its people deserve to flourish. But it is an absolute monarchy where no hint of dissent is allowed on pain of being subjected to a bone saw, and where the heir to the throne is a monstrous serial murderer. The US needs to pressure King Salman to find a different heir, who is a normal human being, for his throne, perhaps going back to the old more oligarchic power sharing of the past.

These steps would be good for Saudi Arabia, good for America, and good for the world.