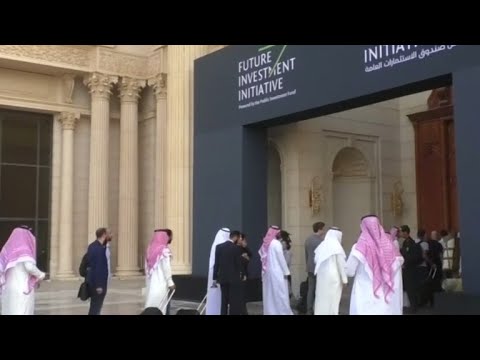 Saudi Arabia is in “crisis” over the murder of the journalist Jamal Khashoggi, the country’s energy minister, Khalid Al-Falih, warned today.

“We are going through a crisis,” the minister added.

The three-day conference, which started today, was meant to promote the historically petro-state as a lucrative business destination and set the stage for new ventures and multi-billion dollar contracts.

However, the event, nicknamed “Davos in the desert,” was boycotted by a long list of investors, international policymakers and heads of multi-national companies, including the International Monetary Fund’s (IMF) Managing Director, Christine Lagarde, expressing their resentment over Khashoggi’s killing.

In addition, the Geneva-based World Economic Forum (WEF) yesterday threatened to sue the kingdom for “stealing” the conference’s name from them. WEF’s held its annual conference last January under the name of “Davos.”

Khashoggi, who had lived in self-imposed exile in the US and was a columnist for US’ The Washington Post, was killed at the Saudi consulate in Turkey’s Istanbul on 2 October. The Saudi government claims that he was killed “accidentally in a fight.”

Following the incident, the kingdom has been attacked by international governments and leaders. In addition, the Saudi stock market has continued to incur “severe” losses for the second week in a row.