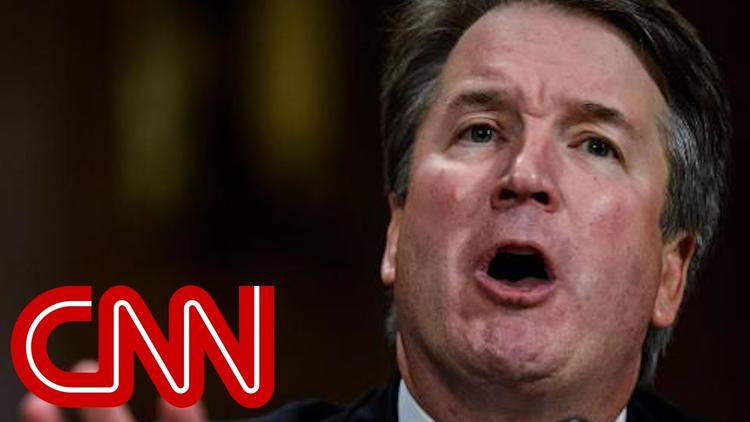 Ann Arbor (Informed Comment) – George W. Bush is supporting Brett Kavanaugh’s nomination. But Bush is more honest than the judge. He was asked by journalists during one of his campaigns if he had ever used cocaine. He made waves when he declined to answer the question. He later admitted that the reason he did not answer was that he had been a heavy drinker for years, and he couldn’t really know the answer: “The media won’t let go of these ridiculous cocaine rumors,” Scott McClellan heard Bush say. “You know, the truth is I honestly don’t remember whether I tried it or not. We had some pretty wild parties back in the day, and I just don’t remember.”

For obvious reasons, Kavanaugh could not reply that way to Dr. Christine Blasey Ford, but likely he should have, if he were honest with himself and with us.

For several reasons, it matters whether Brett Kavanaugh was a stumbling drunk who drank himself into a stupor in high school and at Yale. The allegation, by the way, is not that he was an alcoholic necessarily, but that on weekends he and his friends engaged in binge drinking. Alcoholics will drink alone and on a Tuesday. Kavanaugh drank socially, you could almost say as a pack ritual. Kavanaugh could not have succeeded academically or done sports if he were an alcoholic. But Saturday nights anyone could get away with binge drinking and be sober enough on Monday to get back to work.

The first reason it matters is that he denied it under oath before the Senate Judiciary Committee. If he was lying about it, he shouldn’t be on the bench.

The second reason it matters is that if he did drink to excess, it makes it more plausible that he occasionally did thinks while drunk that would be characteristic of a diminution of inhibitions. The story Deborah Ramirez tells about a drunk Kavanaugh exposing himself to her at a party and her having to push his penis away from her face is precisely the sort of thing that a binge-drunk young man might do.

I actually don’t think binge drinking can explain the incident alleged by Dr. Christine Blasey Ford at a high school house party. It seems clear that Kavanaugh and Mark Judge, if Blasey Ford is right, had set up an ambush for any girl who came up to use the bathroom, such that they could hustle her into the bedroom and get her down on the bed with their body weight above her. This tactic shows premeditation and careful planning, and it is highly unlikely to have been the sort of thing that happened only once. Girls at these parties were plied with liquor, in hopes that they wouldn’t be in a position to protest, or perhaps to remember what happened very well. There is something Cosby-like about the criminal arrangement Blasey Ford accused Kavanaugh and Judge of arranging.

While establishing that Kavanaugh binge drank does not in and of itself prove that he engaged in sexual assault, it does impeach his testimony and lend credence to his accusers.

Here are five eye witness accounts, one a police document, that I am persuaded establish beyond doubt that Kavanaugh binge drank and was an aggressive, mean drunk and that he lost control of his inhibitions:

1. James Roche was Kavanaugh’s roommate in the Fall of 1983 at Yale. He issued a statement saying,

“I was Brett Kavanaugh’s roommate at Yale University in the Fall of 1983. We shared a two-bedroom unit in the basement of Lawrence Hall on the Old Campus. Despite our living conditions, Brett and I did not socialize beyond the first few days of freshman year. We talked at night as freshman roommates do and I would see him as he returned from nights out with his friends. It is from this experience that I concluded that although Brett was normally reserved, he was a notably heavy drinker, even by the standards of the time, and that he became aggressive and belligerent when he was very drunk. I did not observe the specific incident in question, but I do remember Brett frequently drinking excessively and becoming incoherently drunk.”

Roche is the CEO of Helix Re, a software company in San Francisco. He says he was friends with accuser Deborah Ramirez.

2, Lisa Miller at The Cut talked to a third person who was with Roche and Kavanaugh in a 3-bedroom complex at Lawrence Hall. Kit Winter says that Roche was not much of a drinker but that Kavanaugh and his frat friends drank so much that they made the shared bathroom impossible to use for all the vomit. Kavanaugh and his circle, who were “loud, obnoxious frat boy-like drunks” were constantly puking in it. Winter told Miller:

Lori Adams, a friend of Winter’s at that time, told Miller she remembered the horror show of the bathroom.

3. The Week summarizes a CNN appearance by a Kavanaugh classmate at Yale. Lynn Brookes, a Republican who used to go drinking with Kavanaugh as an undergraduate at Yale, was so disturbed by Kavanaugh’s lies before the Senate Judiciary Committee that she went on CNN with Chris Cuomo to refute them. She said:

“I’ll tell you, Chris, I watched the whole hearing, and a number of my Yale colleagues and I were extremely disappointed in Brett Kavanaugh’s characterization of himself and the way that he evaded his excessive drinking question” and “was lying to the Senate Judiciary Committee today . . . There is no doubt in my mind that while at Yale, he was a big partier, often drank to excess, and there had to be a number of nights where he does not remember.”

She remembers him when he went to pledge at a fraternity as “stumbling drunk, in a ridiculous costume, saying really dumb things,” and is sure he doesn’t have a clear recollection of that night.

Brookes is unimpressed by Kavanaugh’s assertion that he couldn’t have been that heavy a drinker at Yale because he did well in classes and was an athlete. She points out, “I studied really hard, too . . . I went to Wharton business school, I did very well at Yale, I also drank to excess many nights with Brett Kavanaugh.”

The Week notes, “She recounted a party where Kavanaugh and Chris Dudley, one of his character witnesses, humiliated a female student by barging in on her in a compromising position.”

I am hoping the FBI will talk to Brookes and moreover I think we’d all like to know more about what this last sentence means, exactly.

4. Chad Ludington, one of Kavanaugh’s classmates and drinking buddies at Yale, has given an interview in which he said, “The fact is, at Yale, and I can speak to no other times, Brett was a frequent drinker, and a heavy drinker . . . I know, because, specially in our first two years of college, I often drank with him. On many occasions I heard Brett slur his words and saw him staggering from alcohol consumption, not all of which was beer. . . When Brett got drunk, he was often belligerent and aggressive.” Ludington is Teaching Associate Professor in the History Department at North Carolina State University and has a great deal of academic credibility to lose if he were to misstate the case. As it turns out, he told an anecdote about Kavanaugh brawling in a bar and it turns out that the NYC was able to unearth a police report:

5. At the Demery’s bar in New Haven in 1985, Kavanugh and his friend annoyed a patron by staring at him, thinking he might be a rock star, and he told them what to do with themselves. Kavanaugh is alleged to have thrown his beer in the man’s face and to have thrown ice on people. The incident generated a police visit and report in which Kavanaugh was questioned.

All these people are not lying. Some don’t even know one another. Some are Republicans. Kavanaugh lied to the Senate. That is perjury. And he cannot be sure of what he did or didn’t do.