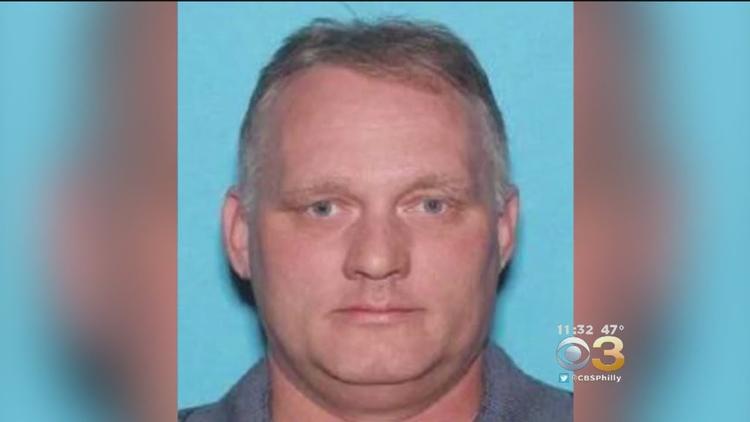 Ann Arbor (Informed Comment) – The outbreak of violence in the past week by two far right extremists, one of them a big Trump fan and the other inspired by Trump talking points but somewhat to the president’s right, has been deeply entangled with violence against minorities.

Cesar Sayoc, the would-be pipe bomber, targeted billionaire George Soros, who has been made an object lesson of by the Republican Right for being what they see as a class traitor. Soros as a Jewish American has been singled out for opprobrium for his support of liberal causes and human rights, whereas other, Gentile, billionaires who spend money to influence society and elections, are never attacked on Rupert Murdoch’s Fox Cable News or on the floor of Congress or by Trump on Twitter, or on neo-Nazi bulletin boards. Philip Anschutz, for instance, is a significant political donor, and yet the public does not know his name. He is Christian and gives to the Republican Party. I’m not at all suggesting Anschutz be put in the public eye, simply pointing out that Soros is being treated invidiously.

Sayoc was vicious toward Jews, but he also went after Muslims, falsely calling them rapists and pedophiles.

Those extremists who despise minorities tend to be equal opportunity haters, and to sweep up Jews with Muslims.

Or take the alleged Pittsburgh synagogue shooter, Robert Bowers, whose stomach-turning murderous rampage left us weeping for the victims. He took up Trump’s phony Honduran caravan talking point. A few thousand refuge-seekers coming up through Mexico are not actually that newsworthy nor are they a significant security threat, since they say they intend to apply for asylum. Over a million legal immigrants come into the US every year, and even in these days of sympathy deficit, 45,000 asylum seekers will be admitted this year.

Trump actually asserted that Muslims are sneaking into the US from Central America (this is not true), and implied that all Muslims are dangerous. Trump actually made this lunatic allegation and the supposedly more sane vice president Mike Pence upheld him.

Bowers did some work of his own on this crazy idea and managed to make it even more insane. He said that Jews were the ones bringing Muslim immigrants into the country. In part, he was outraged by Jewish charities that helped refugees and immigrants resettle; some of the latter were Muslim.

It seems clear that US far-right extremism is a hotbed of hatred against both Jews and Muslims, and that its proponents mix the two up.

In reaction, Muslim-Americans have raised thousands of dollars for the Pittsburgh synagogue victims. And groups like Salam Shalom have been founded to work against hatred.

I wrote for The Nation about mass murderer Dylann Roof, who shot down African-Americans in their own church because in his addled mind he began seeing the minority as oppressing the white majority:

It is no accident that Roof was incensed, not only by African-Americans but by Muslim and other immigrants into Europe. He wrote in a manifesto registered to the web under his name:

From this point I researched deeper and found out what was happening in Europe. I saw that the same things were happening in England and France, and in all the other Western European countries. Again I found myself in disbelief. As an American we are taught to accept living in the melting pot, and black and other minorities have just as much right to be here as we do, since we are all immigrants. But Europe is the homeland of White people, and in many ways the situation is even worse there. From here I found out about the Jewish problem and other issues facing our race, and I can say today that I am completely racially aware.

The trope that Europe is being overwhelmed by immigrants or the absurd charge that Muslims will shortly make up 50 percent of the continent’s 500 million residents is pushed by an elaborate and well-heeled Islamophobic network on both sides of the Atlantic, spearheaded by far-right neo-fascist parties such as Marine Le Pen’s National Front in France or the UKIP in Britain, and by professional stalkers of Western Muslims such as Geert Wilders. Among Wilders’s enthusiastic cheerleaders are Pamela Geller and Daniel Pipes. Pipes has warned against allowing Western Muslims to have the vote, and has falsely alleged that they are at the root of a rape epidemic in Europe. In other words, they are taking over the country, raping its women, and must go. Ironically, Geller and Pipes are themselves of Jewish heritage, but have associated themselves with views more often held by the European extreme right wing, which isn’t exactly philo-Judaic. Apparently, they are willing to adopt these smelly bedfellows because of their support for Israeli squatters on the Palestinian West Bank, whom they believe are served by a denigration of Muslims.

Although its members do not advocate violence against Muslims, this Islamophobic network appears to have contributed to some of Dylann Roof’s anxieties about the fate of white people in their supposed European homeland (in fact, Muslims have lived on European soil since the 8th century, beginning only four centuries after Christianity itself was officially promulgated by Constantine).

American society has become permissive toward anti-Muslim bigotry. But permissiveness toward hatred of any minority bleeds over and affects the others. Indian Hindus and Sikhs have been killed by persons intending to harm Muslim Americans.

That the far right, both in the US and Europe, hates Jews and it is dangerous to build them up, should be obvious. But Israeli Prime Minister Binyamin Netanyahu, as a leader of the right wing Likud Party, has notoriously been cultivating the far right in hopes of finding allies among Islamophobes. This is sort of like visiting the Everglades with your worst enemy and then luring the crocodiles in hopes they will only eat the enemy.

The hate group Secure America Now spreads around the ridiculous charge that the 3.4 million Muslim Americans might take over the United States, a country of 325 million. Such irrational fears result in prejudice and violence toward this minority. The far right wing billionaire Robert Mercer, who gave us Breitbart, Steve Bannon, and Trump, gives big bucks to SAN.

So imagine my surprise to see in The Forward that Ron Lauder, the president of the World Jewish Congress, gave the hate group $1.1 million to spread its conspiracy theories against Muslims.

And that is the definition of sitting on a bough high above the earth sawing away at it on the part toward the tree trunk.

Mr. Lauder should google “Salam Shalom” if he wants a worthy recipient of his donations, which might actually reduce tensions and work against hate.