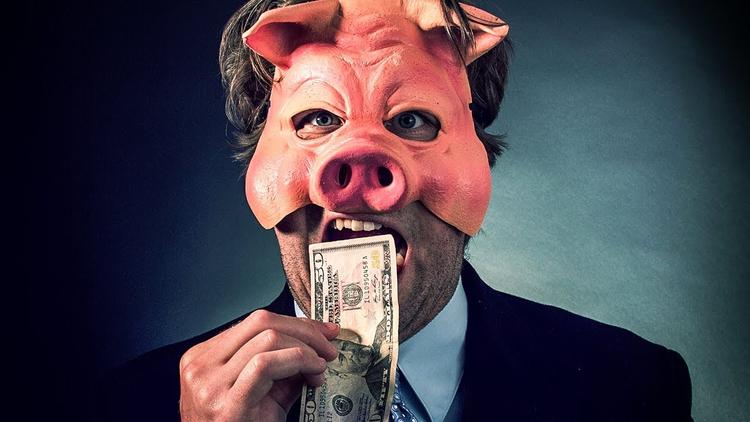 A report published recently by Swiss bank UBS shows the world’s wealthiest are now worth $9.1 trillion, enough to spend $1 million per day for 30,000 years.

In 2017, more than 2,000 billionaires around the world became even wealthier, pushing their collective fortunes to historic levels. According to a report recently published by Swiss bank UBS and accountants PricewaterhouseCoopers (PwC), no other year in recorded history, including the industrial revolution and the Gilded Age, has seen such a massive increase in wealth of the global elite.

Just over 2,150 people have seen their wealth increase by 20 percent, many doing so through various forms of inheritance and asset transfers.

“The past 30 years have seen far greater wealth creation than the Gilded Age” the UBS Billionaires 2018 report states. “With wealth set to pass from entrepreneurs to their heirs in the coming years, the 21st-century multi-generational families are being created.”

About 200 of the new billionaires on the list are entrepreneurs. Nearly 90 of them are from China, which has seen the greatest increase in individual wealth, unrelated to GDP.

In 2006 there were 16 billionaires in China. Now that number has climbed to 373. Many of the companies of entrepreneurs making the list are based in Shenzhen.

Almost 2,000 persons on the list have inherited their wealth with some families having kept hold of their massive fortunes for five to six generations.

According to the report, over the next 20 years, $3.4 trillion dollars in assets will be handed down to various family heirs. That figure represents twice the total value including interest of United States’ student loan debt or a decade of medical insurance coverage for 27 million uninsured citizens in that country.

Those figures are based on the average life expectancy, as 700 of the billionaires are over the age of 70. Their wealth would transition their heirs and to philanthropic interests.

“A major wealth transition has begun,” the report said. “Over the past five years, the sum passed by deceased billionaires to beneficiaries has grown by an average of 17% each year, to reach $117bn in 2017. In that year alone, 44 heirs inherited more than a billion dollars each.

“The calculation is simple. There are 701 billionaires over the age of 70, whose wealth will transition to heirs and philanthropy over the next 20 years, given the statistical probability of average life expectancy.” The 30 richest septuagenarians or older have a combined net worth of more than $1tn.

The richest one percent own about 50 percent of the world’s wealth.