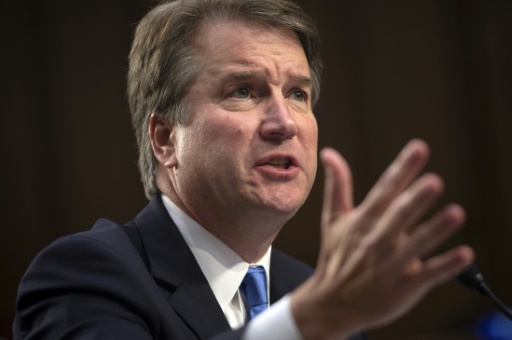 Washington (AFP) – Top Republicans voiced confidence Thursday that Brett Kavanaugh will be confirmed to the US Supreme Court this weekend, as they asserted that an FBI probe had found nothing to support sexual assault allegations against President Donald Trump’s nominee.

“Judge Kavanaugh should be confirmed on Saturday,” Senator Chuck Grassley of Iowa, the chairman of the Senate Judiciary Committee, told reporters.

“Hopefully, we’re 48 hours away from having a new person on the Supreme Court,” he added.

“I hope we can just move forward and get this done,” said another senior Republican senator, Orrin Hatch of Utah.

“I apologize to him for the way he’s been treated,” Hatch said.

He defended the FBI investigation into the sexual assault accusations against the 53-year-old conservative appeals court judge, which Democrats have criticized as “incomplete” and “very limited.”

“We have found nothing, nothing to corroborate accusations against him,” Hatch said. I’m grateful to the FBI for their efforts in doing a thorough, very important investigation.”

Kavanaugh’s confirmation for a lifetime appointment on the nation’s top court hinges on the votes of three Republicans, Jeff Flake of Arizona, Susan Collins of Maine and Lisa Murkowski, in the Senate, where Republicans hold a slim 51-49 majority.

None of the three was present at the press conference by the senior Republican lawmakers.

As they talked to reporters, a Democratic senator who had been seen as a potential vote for Kavanaugh, Heidi Heitkamp of North Dakota, said she would oppose his confirmation.

AFP/File / SAUL LOEB. Brett Kavanaugh said the US Supreme Court “must never be viewed as a partisan institution”