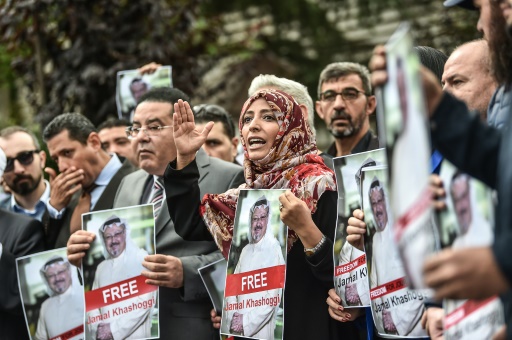 Washington (AFP) – A top Senate ally of President Donald Trump warned Monday of a “devastating” impact on the US alliance with Saudi Arabia if allegations are confirmed that the kingdom killed a prominent journalist.

“We agree that if there was any truth to the allegations of wrongdoing by the Saudi government it would be devastating to the US-Saudi relationship and there will be a heavy price to be paid — economically and otherwise,” Graham tweeted.

“Our country’s values should be and must be a cornerstone of our foreign policy with foes and allies alike,” he said.

Bob Corker, chairman of the Senate Foreign Relations Committee, warned in a tweet against governments attacking journalists outside their countries.

“I have raised Jamal’s disappearance personally with the Saudi ambassador, and while we await more information, know we will respond accordingly to any state that targets journalists abroad,” he wrote.

Trump and his administration have not commented on the fate of Khashoggi, whom Saudi Arabia insists left the Saudi consulate.

Graham has a close relationship with Trump, especially on defense policy.

A military hawk, Graham has enthusiastically supported Trump’s policy of working with Saudi Arabia and other Gulf Arab states to contain the influence of Iran.