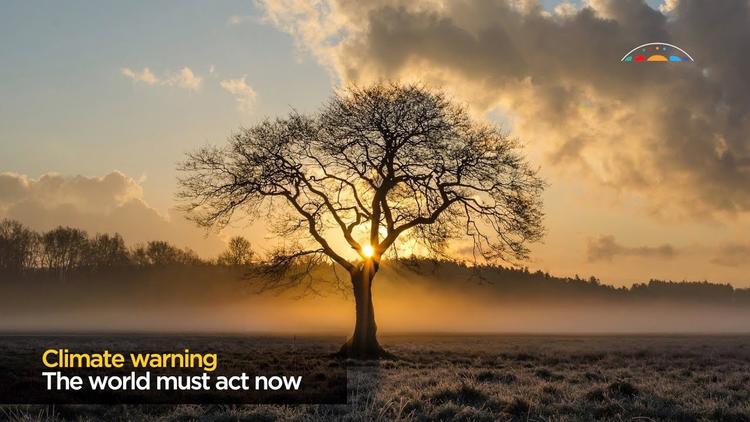 By Mark Howden and Rebecca Colvin | –

A landmark report from the Intergovernmental Panel on Climate Change, commissioned at the breakthrough 2015 summit that brokered the Paris climate agreement, outlines what’s at stake in the world’s bid to limit global temperature rise to 1.5℃.

The report, released today, sets out the key practical differences between the Paris agreement’s two contrasting goals: to limit the increase of human-induced global warming to well below 2℃, and to “pursue efforts” to limit warming to 1.5℃.

Two and a half years in the making, the report provides vital information about whether the Paris Agreement’s more ambitious goal is indeed achievable, what the future may look like under it, and the risks and rewards of hitting the target.

Here are five key questions to which the report provides answers.

There is no clear yes or no answer to this question.

Put simply, it is not impossible that global warming could be limited to 1.5℃. But achieving this will be profoundly challenging.

Whether we are successful primarily depends on the rate at which government and non-state bodies take action to reduce emissions. Yet despite the urgency, current national pledges under the Paris Agreement are not enough to remain within a 3℃ temperature limit, let alone 1.5℃.

Global warming is not just a problem for the future. The impacts are already being felt around the world, with declines in crop yields, biodiversity, coral reefs, and Arctic sea ice, and increases in heatwaves and heavy rainfall. Sea levels have risen by 40.5mm in the past decade and are predicted to continue rising for decades, even if all greenhouse emissions were reduced to zero immediately. Climate adaptation is already needed and will be increasingly so at 1.5℃ and 2℃ of warming.

Rapid action is essential and the next ten years will be crucial. In 2017, global warming breached 1℃. If the planet continues to warm at the current rate of 0.2℃ per decade, we will reach 1.5℃ of warming around 2040. At current emissions rates, within the next 10 to 14 years there is a 2/3 chance we will have used up our entire carbon budget for keeping to 1.5.

The report says “transformational” change will be needed to limit warming to 1.5℃. Business as usual will not get us there.

Global emissions of carbon dioxide, methane and other greenhouse gases need to reach net zero globally by around 2050. Most economists say putting a price on emissions is the most efficient way to do this.

Carbon dioxide removal technology will also be needed to remove greenhouse gases from the atmosphere. But the IPCC’s report warns that relying too heavily on this technology would be a major risk as it has not been used on such a large scale before. Carbon dioxide removal is an extra step that may be needed to keep warming to 1.5℃, not an excuse to keep emitting greenhouse gases.

Production, consumption and lifestyle choices also play a role. Reducing energy demand and food waste, improving the efficiency of food production, and choosing foods and goods with lower emissions and land use requirements will contribute significantly.

Taking such action as soon as possible will be hugely beneficial. The earlier we start, the more time we have to reach net zero emissions. Acting early will mean a smoother transition and less net cost overall. Delay will lead to more haste, higher costs, and a harder landing.

Reducing emissions quickly will also ensure warming is capped as soon as possible, reducing the number and severity of impacts.

Yet severe impacts will still be experienced even if warming is successfully capped at 1.5℃.

Although the Paris Agreement aims to hold global warming as close to 1.5℃ as possible, that doesn’t mean it is a “safe” level. Communities and ecosystems around the world have already suffered significant impacts from the 1℃ of warming so far, and the effects at 1.5℃ will be harsher still.

Poverty and disadvantages will increase as temperatures rise to 1.5℃. Small island states, deltas and low-lying coasts are particularly vulnerable, with increased risk of flooding, and threats to freshwater supplies, infrastructure, and livelihoods.

Warming to 1.5℃ also poses a risk to global economic growth, with the tropics and southern subtropics potentially being hit hardest. Extreme weather events such as floods, heatwaves, and droughts will become more frequent, severe, and widespread, with attendant costs in terms of health care, infrastructure, and disaster response.

The oceans will also suffer in a 1.5℃ warmer world. Ocean warming and acidification are expected to impact fisheries and aquaculture, as well as many marine species and ecosystems.

Up to 90% of warm water coral reefs are predicted to disappear when global warming reaches 1.5℃. That would be a dire situation, but far less serious than at 2℃, when the destruction of coral reefs would be almost total (greater than 99% destruction).

Impacts on both human and natural systems would be very different at 1.5℃ rather than 2℃ of warming. For example, limiting warming to 1.5℃ would roughly halve the number of people globally who are expected to suffer from water scarcity.

Seas would rise by an extra 10cm this century at 2℃ compared with 1.5℃. This means limiting global warming to 1.5℃ would save up to 10.4 million people from the impacts of rising seas.

How does the 1.5℃ target fit with the Sustainable Development Goals?

The Sustainable Development Goals aim for a world in which people can be healthy, financially stable, well fed, have clean air and water, and live in a secure and pleasant environment. Much of this is consistent with the goal of capping global warming at 1.5℃, which is why the IPCC notes there are synergies if the SDG initiatives and climate action should be explicitly linked.

But some climate strategies may make it harder to achieve particular SDGs. Countries that are highly dependent on fossil fuels for employment and revenue may suffer economically in the transition towards low-carbon energy.

Carefully managing this transition by simultaneously focusing on reducing poverty and promoting equity in decision-making may help avoid the worst effects of such trade-offs. What works in one place may not work in another, so strategies should always be locally appropriate.

Limiting global warming to 1.5℃ will require a social transformation, as the world takes rapid action to reduce greenhouse gases. The effects of climate change will continue to shape the world we live in, but there is no doubt we will be far better off under 1.5℃ than 2℃ of global warming.

The choices we make today are shaping the future for coming generations. As the new report makes clear, if we are serious about the 1.5℃ target, we need to act now.

The authors gratefully acknowledge the substantial contribution to authorship of this article by of Lamis Kazak, an Australian National University Bachelor of Interdisciplinary Studies (Sustainability) student, as part of a Science Communication Internship with the Climate Change Institute.