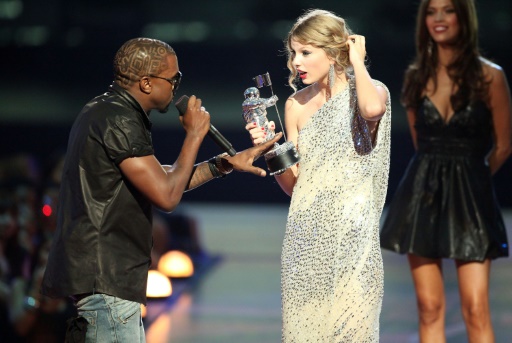 At the 2009 MTV Music Video Awards, he famously interrupted an acceptance speech by the then 19-year-old Swift for Best Female Video to say that Beyonce deserved the honor.

“Taylor, I’m really happy for you, I’mma let you finish, but Beyonce had one of the best videos of all time!” he said, leaving Swift in tears.

Now, their on-off feud has made the somewhat unlikely shift from the stage to the political arena.

West is a vocal — and somewhat improbable — supporter of President Donald Trump and will sit down with him for lunch at the White House this week, after meeting his wife Kim Kardashian earlier this year.

Last weekend, the rapper made headlines with an appearance on “Saturday Night Live” that ended with an off-camera defense of Trump — while sporting a red “Make America Great Again” hat.

“There’s so many times I talk to, like, a white person about this and they say ‘How could you like Trump? He’s racist.'” said West, who is 41.

“If someone inspires me and I connect with them, I don’t have to believe in all their policies.”

Swift got press for her politics as well, shedding years of silence on her views just a month ahead of crucial midterm elections to endorse two Democrats running in Tennessee, where she has lived for years.

The 28-year-old pop star is an outspoken feminist and backer of the #MeToo movement, but until she took to Instagram on Sunday, she had been famously apolitical. Not any more.

Swift appealed to her 112 million followers to register to vote and cast their ballots for Democrats running for the Senate and House.

“In the past I’ve been reluctant to publicly voice my political opinions, but due to several events in my life and in the world in the past two years, I feel very differently about that now,” Swift said.

“I always have and always will cast my vote based on which candidate will protect and fight for the human rights I believe we all deserve in this country,” she added. 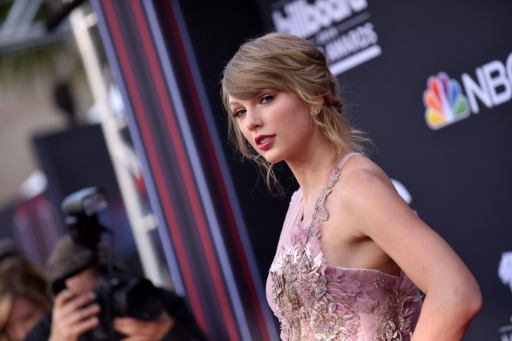 AFP/File / LISA O’CONNOR. Taylor Swift has shed her apolitical persona and endorsed Democrats running for the House and Senate in Tennessee, where she has lived since her teen years.

Trump has been a vocal Swift fan in the past, tweeting her praises on several occasions, but the Republican president has dialed down his affection for her.

“So @taylorswift13 has every right to be political but it won’t impact election unless we allow 13 yr old girls to vote,” Huckabee tweeted.

The last laugh may be on Huckabee.

Vote.org had received 65,000 registrations within the 24 hours after Swift’s message, more than the 56,669 recorded in the entire month of August,” Guthrie said.

The White House meanwhile announced that West would have lunch with Trump on Thursday and would also meet with his son-in-law and adviser Jared Kushner. 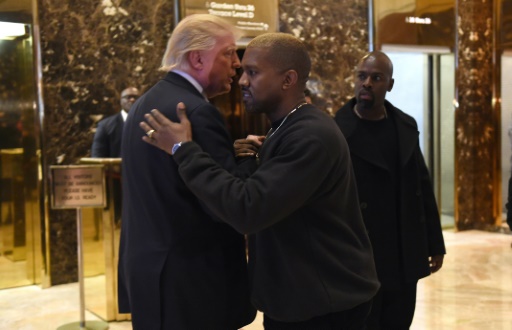 “Topics of discussions will include manufacturing resurgence in America, prison reform, how to prevent gang violence, and what can be done to reduce violence in Chicago,” Sanders said.

West has taken flak for his support of Trump, who won less than 10 percent of the black vote in 2016.

Despite Trump boasting regularly that black unemployment is at historic lows, only 10 percent of the African-Americans surveyed last month by Quinnipiac University said they like his policies.

That has not stopped West from singing Trump’s praises — and the president returning the favor.

“Republicans are delivering for African-Americans like never before,” Trump said at an election rally last week in Tennessee.

“And you saw that the other night with Kanye West,” Trump said in a reference to the rapper’s “SNL” appearance.

“How good was Kanye West?”