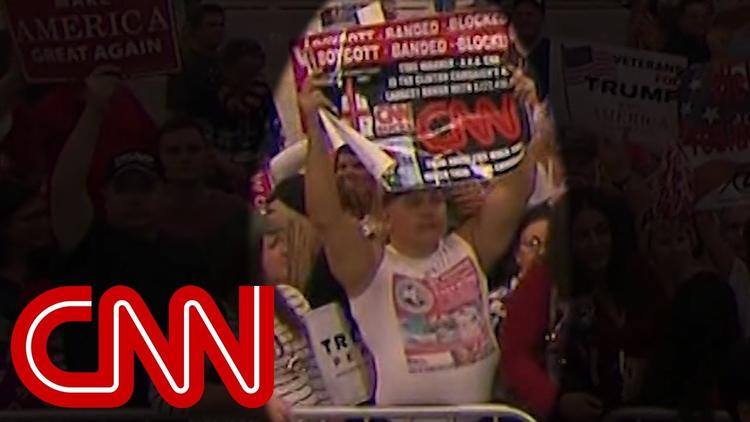 The attempted pipe bombings directed at former US president Barack Obama, former vice president Joe Biden, former secretary of state Hillary Clinton, former attorney General Eric Holder and several other targets of the wrath of Donald Trump are unlikely to be the last acts of terrorism galvanized by Trump’s savaging of his perceived enemies.

Trump was elected in part out of the outrage of the US public over ISIL terrorism in 2015 in Paris and San Bernardino.

San Bernardino, however, is a good example of what analysts call “stochastic terrorism.” Stochastic is a fancy word for things that seem random but have a statistical probability greater than you might expect.

For instance, if ISIL leader Abu Bakr al-Baghdadi, who declared himself “caliph” in Mosul in 2014, puts out on the internet a call for angry young radical Muslims to go out and attack restaurants in Europe, not many people will pay any attention to him. First of all, almost nobody thought this obscure figure is a caliph, a sort of Muslim pope. He may as well have claimed to be the holy Roman Emperor. Second, most Muslims in Europe and the US are relatively well integrated into society.

But it is foreseeable that a handful of radical young Muslims, out of tens of millions, might in fact shoot up a restaurant if it is suggested to them by someone like al-Baghdadi.

That is stochastic terrorism. It works because people are gullible and suggestible. It enlists marginal personalities and populates their dreams and nightmares with dramatic acts that they ultimately are driven to carry out in real life.

The ISIL leadership had almost no command and control in Europe and North America. It had no chain of command, no employees, and could not attack significant security targets– US military bases or police sttions or electricity plants or other facilities that actually matter to security.

Rather, Syed Rizwan Farouk and Tashfin Malik, mesmerized by ISIL’s recruiting materials online, fell for the propaganda and killed 12 people at a health department retreat at a center for the physically challenged in San Bernardino. That facility was irrelevant to US security. Killing those people had no impact whatsoever on the US or its policies save that it contributed to the further spread of a virulent Islamophobia.

The two were not members of ISIL, though Tashfeen Malik declared her allegiance ina Facebook post during the shooting spree (that is cold). They were troubled loners who just absorbed the fevered dreams of ISIL on the internet.

This free-floating willingness to fall under the influence of a charismatic leader calling for violence, is common between Trumpism and ISIL.

Trump has asked his crowds to beat up journalists in attendance. He has threatened to jail former secretary of state Hillary Clinton. His fantasies inhabited the dreams of his followers. Just as Trump didn’t actually ask anyone to bomb for him, neither did ISIL.

Those Republicans who point out that there are dangerous crazy people in both major parties are right. But in only one party is the leader actively calling for people to be beaten up or otherwise attacked. That’s the difference.