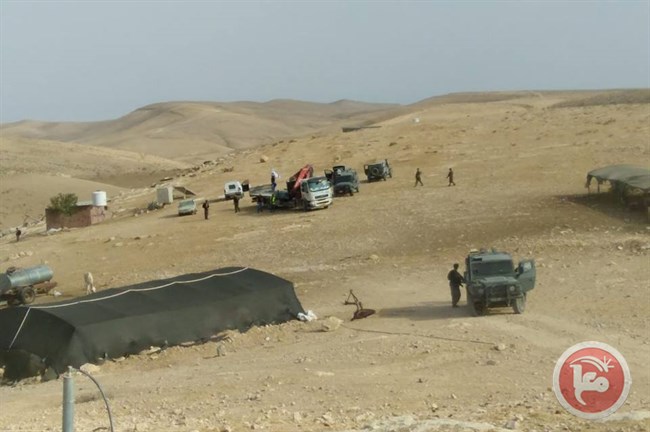 HEBRON (Ma’an) — The Israeli authorities delivered demolition notices to one school and three housing structures in the Masafer Yatta area in the south Hebron hills in the southern West Bank district of Hebron, on Monday.

Coordinator of a local settlement against the Israeli separation wall, Rateb al-Jbour, reported that Israeli forces stormed the Khillet al-Dabe school, which constructs of steel structures and forced the school’s staff and its 12 students to evacuate.

Al-Jbour added that Israeli forces then handed the school staff a demolition notice for the school.

It is noteworthy that the Palestinian Ministry of Education had just opened the school last month.

Israeli forces also delivered a demolition notice to owner of a room adjacent to a cave in the Khirbet Sarura area, where local and international anti-settlement activists were residing.

The South Hebron Hills, known locally as Masafer Yatta, lie almost entirely in Area C, the 62 percent of the West Bank under full Israeli civil and security control since the 1993 Oslo Accords. 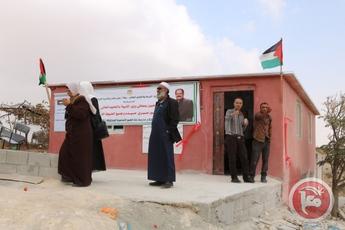 Around 3,000 Israeli settlers live in illegal Jewish-only settlements in the Yatta region, according to the Applied Research Institute – Jerusalem (ARIJ).
Masafer Yatta residents were expelled at the time of the establishment of a firing zone in the 1970s and were eventually allowed back following a long court battle, but are under the constant threat of being expelled or seeing their homes demolished.