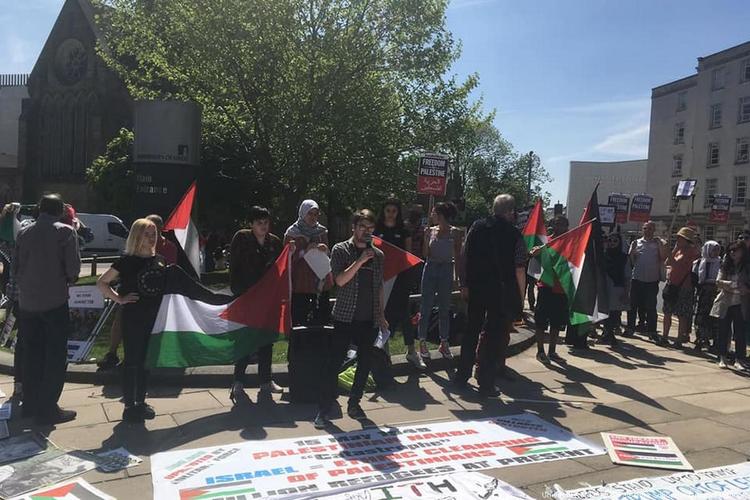 In the first move of its kind, a UK university has divested from companies that supply military equipment to the Israeli army following a student campaign.

The University of Leeds this weekend made the decision to divest from three companies which were found to be complicit in the violation of Palestinian human rights: Airbus, United Technologies and Keyence Corporation. A fourth company – HSBC – is also under review by the university’s investment managers for its provision of loans to Elbit Systems, Caterpillar and BAE Systems, all of which sell weapons and military equipment to the Israeli government.

The move came after it emerged that the University of Leeds had invested £2.4 million ($3.1 million) in these companies this year alone. The sum was revealed by a Freedom of Information request dating back to August, under which the British public can demand access to information held by public authorities.

Students, staff, societies and alumni of the university then published an open letter to the Vice Chancellor calling for the cessation of investment in the four firms. The letter stated that: “In summer 2014, 2,251 Palestinians were killed, including 526 children, by the Israeli Defence Force in the attacks on Gaza […] the artillery used to carry out this destruction were made by Elbit Systems, funded by HSBC. The fighter jets employed by the IDF were maintained by United Technologies. The helicopters which patrol Gaza’s sea border are supplied by Airbus. Further military activity was aided by the equipment provided by Keyence Corporation. The University of Leeds knowingly enables this activity by investing in these companies.”

Our university should not enable military occupation. Our tuition fees should not fund killing. Our education should not be at the expense of a person’s life.

The move has been hailed as a victory for the Boycott, Divestment and Sanctions (BDS) movement. Co-President of the Leeds Palestine Solidarity Group, Evie Russell-Cohen, explained: “It’s clear that the Palestinian call for Boycott, Divestment and Sanctions is being heard in the UK. Students are no longer willing to see their tuition fees funding weapons companies which profit from the killing of Palestinians. This is a massive success, but we hope that it will only be the beginning of a wave change across UK Universities.”

Calls for UK universities to review their investments in companies known to assist the Israeli army have been growing in recent months. In April, activists at the University of Manchester exposed a web of connections between the university and several weapons companies, including Israel Aerospace Industries which produced drones used during Israel’s 2014 assault on the besieged Gaza Strip.

The University of Manchester had previously tried to conceal its links to such companies until the Information Commissioner’s Office (ICO) – the body regulating data protection in the UK – found the university to be in contravention of the Freedom of Information Act, the same act which enabled University of Leeds students to force their institution to divest.