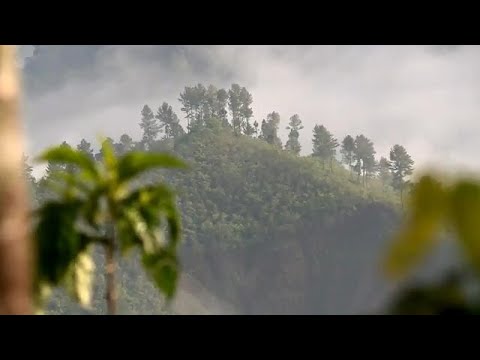 Ann Arbor (Informed Comment) – Trump’s fearmongering about Central American asylum-seekers (they aren’t intending to become undocumented immigrants) is unethical on many levels. But perhaps worst of all, Trump is promoting burning of coal and other fossil fuels that cause global heating and climate change, but can’t connect that dirty energy policy to the crises in central America.

Because of the impact of drought, Guatemala is in the top ten of 194 countries for vulnerability to the climate emergency.

Immigration from Guatemala to the US has spiked since 2014 because of severe drought. The variability in weather is reported by locals to be off the charts compared to past decades.

Migration from the dry corridor is expected to increase, and it is not practical to try to stop it, says National Geographic. It is driven by joblessness and hunger on the part of agricultural workers put out of work by the climate crisis.

The changes can be measured even over the past decade. For instance, the diversity of birds and other animals in Honduras’ cloud forest is decreasing at lower elevations and increasing at higher elevations. Those adapted for a cooler climate are seeking to maintain their habitat but will not be able to do so over the long run.

Trump policies of encouraging use of dirty fossil fuels puts extra carbon dioxide into the atmosphere. CO2 is a heat-trapping gas that prevents the radiation back out to space of heat striking the earth with the sun’s rays.

The extra heat being retained will over time create vast changes in the climate of places like Central America, and these changes are already becoming visible.