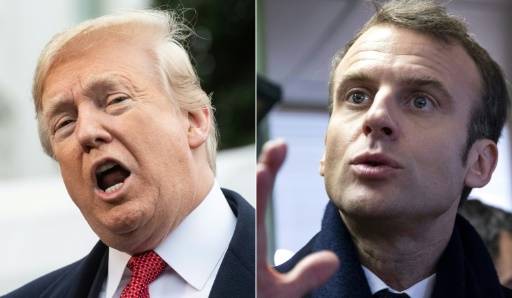 By Maggy DONALDSON and Shaun TANDON | –

On the heels of a rocky trip to Paris to mark the World War I centenary, Trump fired off a caustic series of early-morning tweets against his weekend host and renewed his frequent charge that America’s European allies in NATO spend too little on defense.

“Emmanuel Macron suggests building its own army to protect Europe against the U.S., China and Russia. But it was Germany in World Wars One & Two – How did that work out for France?” Trump tweeted.

“They were starting to learn German in Paris before the U.S. came along,” he added, in a low blow sure to gall many French. “Pay for NATO or not!”

“MAKE FRANCE GREAT AGAIN!” Trump continued in a play on his own campaign slogan, before turning to what he slammed as protectionist French tariffs on US wine — saying they were “not fair, must change!”

The fierce broadside comes as Europeans increasingly ask whether they should rely on the mercurial Trump and the United States for defense, which has been assured during the Cold War and beyond by the NATO alliance stretching from Alaska to Turkey. 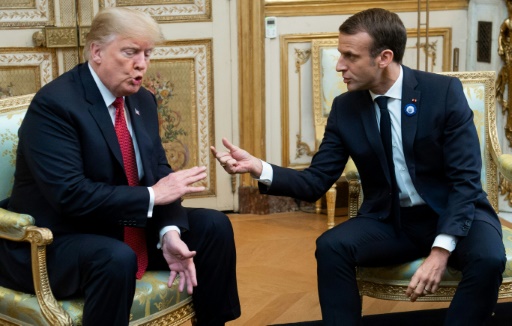 AFP/File / SAUL LOEB. Macron had angered Trump by saying Europe needed its own army and listing the US along with Russia and China as a threat to European security.

German Chancelor Angela Merkel — who, unlike Macron, has barely concealed her disdain for Trump — on Tuesday voiced clear support for France’s idea of a common European defense.

“What is really important, if we look at the developments of the past year, is that we have to work on a vision of one day creating a real, true European army,” Merkel told a session of the European Parliament, drawing applause and some boos.

Merkel said that the European army would function in parallel to NATO and come under a European Security Council, which would centralize the continent’s defense policy.

“Europe must take our fate into our own hands if we want to protect our community,” said Merkel, a day after her show of unity with former enemy France on the anniversary of the end of the Great War.

– Rebukes on both sides – 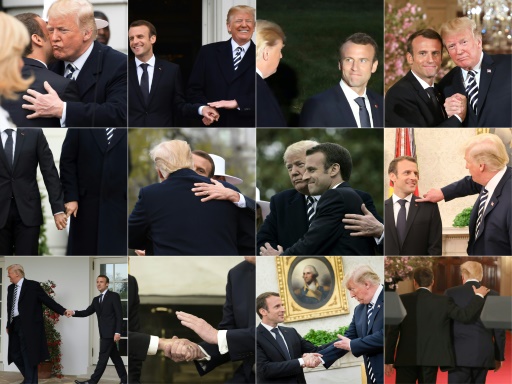 Trump had already berated Macron in a tweet from Air Force One just as he landed in Paris, calling the French proposals for European defense “very insulting.”

The US leader appeared to be incensed after critical media coverage of his trip — during which he was called out for canceling a visit to an American military cemetery after his helicopter was grounded by the rain.

Adding to the rough reception, Macron in his Armistice Day speech declared that self-interested nationalism marked “a betrayal of patriotism,” in a clear rebuke of the self-described nationalist Trump, who was in attendance.

Trump tweeted that Macron had a “very low approval rating,” pointing to a poll that put it at 26 percent, and said the French leader was “just trying to get onto another subject.”

“By the way, there is no country more Nationalist than France, very proud people-and rightfully so!” Trump said.

Macron’s office offered no comment on Trump’s criticism. But an adviser to Macron, who declined to be named, brushed aside the tweets, saying they were “written for Americans — otherwise they would not be written in English.”

A number of social media users called Trump’s attacks unseemly as they came just as France was observing the third anniversary of a jihadist assault on Paris that left 130 people dead.

Former secretary of state John Kerry recalled that France assisted the American colonies in winning independence from Britain and that 88 French soldiers have died as part of US-led operations in Afghanistan.

Referring to the North Korean dictator, Kerry tweeted: Trump “is ‘in love’ with Kim Jong Un but insults our oldest ally.”

Trump and Macron had seemed to share a special camaraderie in the early days of their respective presidencies, a “bromance” of sorts that included touching, kissing and playful banter.

The US president even seemed to flick a piece of dandruff off of Macron’s jacket on national television during the French president’s state visit to the US capital, saying “we have to make him perfect. He is perfect.” 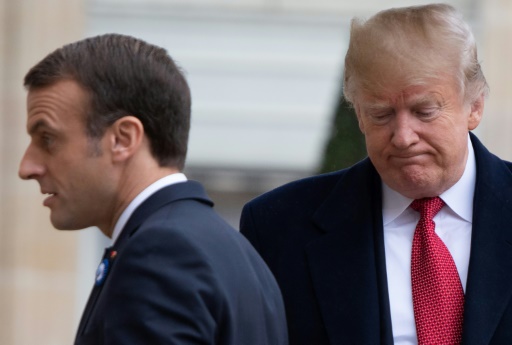 AFP/File / SAUL LOEB. The relationship between the French and US leaders took a turn for the worse after Emmanuel Macron angered Donald Trump by saying Europe needed its own army and listing the US along as one of several threats to European cybersecurity.

But the relationship took a turn for the worse over the European defense calls by Macron, who cited the United States along with Russia and China as threats to European cybersecurity.

In an interview recorded Saturday with CNN after talks with Trump, Macron described the spat as a misunderstanding, with both sides in agreement that Europe should spend more on defense.

But Macron said: “To be very direct with you, what I don’t want to see is European countries increasing the budget in defense in order to buy American and other arms or materials coming from your industry.”

Gilbert Collard, an MP from France’s far-right National Front, applauded Trump’s attack on Macron — but not on French wine.

“I want to tell Donald — drink your Coke, do your tweets and leave it to us to make good wine,” he said.