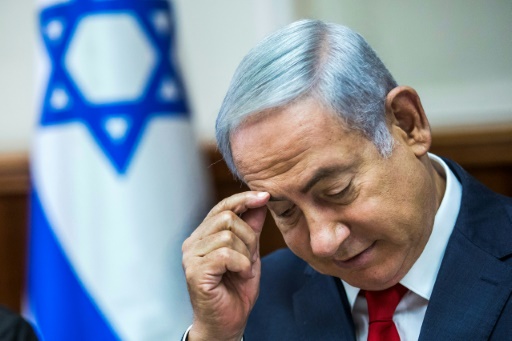 Jerusalem (AFP) – Israeli Prime Minister Benjamin Netanyahu has defended allowing Qatar to transfer millions of dollars to Hamas-run Gaza despite criticism from within his own government over the move aimed at restoring calm after months of unrest.

The Israeli-authorised money transfer appeared to be part of talks that would see Islamist movement Hamas end months of often violent protests along the border in exchange for Israel easing its blockade of the Gaza Strip.

Border protests have been much calmer the past two Fridays, the day they usually peak.

Netanyahu’s remarks late Saturday were his first on the issue since Israel allowed the money transfer to the enclave controlled by Hamas, which Israel, the United States and European Union consider a terrorist movement. 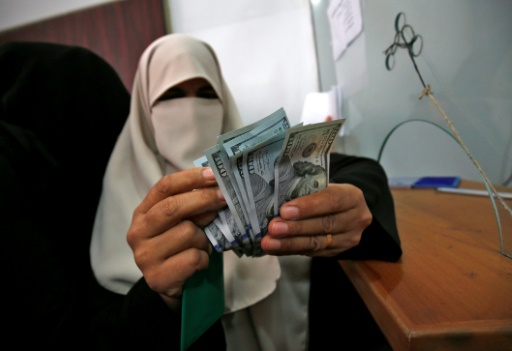 AFP / SAID KHATIB. A Palestinian woman counts her money after receiving her salary in Rafah in the southern Gaza Strip on November 9, 2018.

“I’m doing what I can, in coordination with the security establishment, to return quiet to the southern communities, but also to prevent a humanitarian crisis,” Netanyahu said, referring to Israeli towns near the Gaza border and deteriorating conditions in the enclave.

Netanyahu said the Israeli security establishment supported the move and that ministers in his security cabinet approved it.

“We held serious discussions,” he said ahead of his flight to Paris to join world leaders marking the centenary of the end of World War I.

“I think we’re acting in a responsible and wise way,” he said. 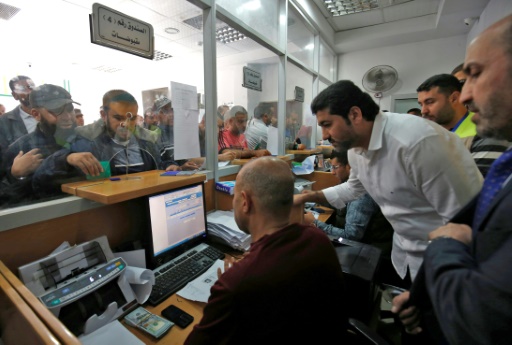 AFP / Said KHATIB. Palestinians line up to receive their delayed salaries in the cash-strapped Gaza Strip on November 9, 2018 after Israel authorised Qatar to transfer funds into the territory.

On Friday, Palestinian civil servants began receiving payments after months of sporadic salary disbursements in cash-strapped Gaza, with $15 million delivered into the enclave through Israel in suitcases.

A total of $90 million is to be distributed in six monthly instalments, Gaza authorities said, primarily to cover salaries of officials working for Hamas.

Qatar has also said it would hand out $100 to each of 50,000 poor families, as well as larger sums to Palestinians wounded in clashes along the Gaza-Israel border.

General elections in Israel are due in a year but could take place earlier, and Netanyahu is widely seen as wanting to avoid a conflict that holds unpredictable risks before then.

On Sunday, the premier said that he would steer clear of another Gaza war if possible.

“I do not shrink from a necessary war but I want to avoid it when it is not essential,” Netanyahu said at a press conference for Israeli journalist accompanying him in Paris.

He said that his Hamas policy consisted of two phases.

“First of all calm and afterward to look at the possibility of an agreement. We’re not there yet and I can’t promise that we shall get there,” he said Sunday.

But if the current lull in border violence was not maintained, he pledged to use “maximum force”.

Deadly clashes have accompanied major protests along the Gaza-Israel border that began on March 30.

At least 221 Palestinians have been killed by Israeli fire, the majority shot during protests and clashes, since the protests began, while others died in tank fire or air strikes.

One Israeli soldier has been killed along the Gaza border in that time.

Netanyahu’s political opponents on the right and left have criticised the Gaza cash deal. 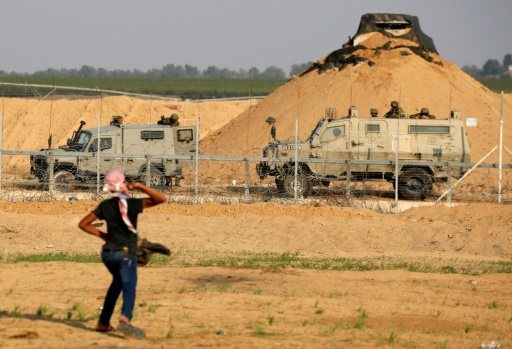 AFP / Said KHATIB. A Palestinian protester hurls rocks at Israeli forces during a demonstration near the border between Israel and Khan Yunis in the southern Gaza Strip on November 9, 2018.

“You might buy short-term quiet, but you accustom the other side to applying violence as a way of advancing its interests,” Bennett, a member of the security cabinet, told public radio Sunday.

Defence Minister Avigdor Lieberman said he had opposed “transferring the money to Hamas”.

It was also criticised by the Ramallah-based Palestinian Authority, which saw it as undermining reconciliation efforts with rivals Hamas and its attempts to return to power in Gaza.

The cash transfer was the latest Qatari assistance to Gaza approved by Israel in recent weeks.

The Gulf emirate has also started buying additional fuel for Gaza’s sole power station, allowing outages to be reduced to their lowest level in years.

Egypt and the United Nations have been brokering indirect negotiations for a long-term truce with Israel, against which Hamas has fought three wars since 2008.

Featured Photo: POOL/AFP / JIM HOLLANDER. Israeli Prime Minister Benjamin Netanyahu has defended allowing Qatar to send millions of dollars to the Hamas-run Gaza Strip despite criticism from within his government.