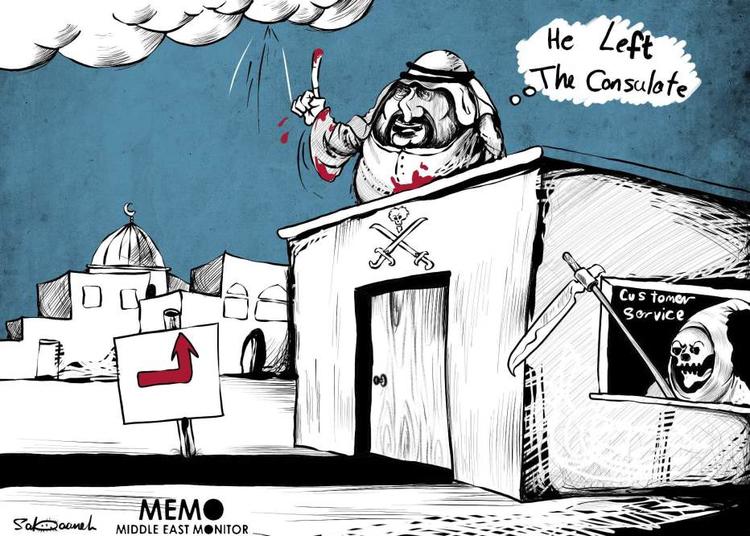 In his first comment on the killing of Saudi journalist Jamal Khashoggi, Israeli Prime Minister Benjamin Netanyahu described the murder as “horrendous” but defended the Saudi royal family and described its members as “friends”.

Speaking after a meeting with Bulgarian Prime Minister Boyko Borisov, Netanyahu said that “what happened at the Istanbul consulate was horrendous and it should be duly dealt with”. “Yet, at the same time,” he added, “it is very important for the stability of the region and the world that Saudi Arabia remains stable”.

Netanyahu continued: “I think that a way must be found to achieve both goals. Because the larger problem I believe is Iran, and we have to make sure that Iran does not continue the malign activities that it has been engaged in over the last few weeks in Europe.” Netanyahu was likely referring to the spat this week between Israel and Iran after the former claimed to have helped foil an assassination plot by the Iranians in Denmark.

While in Bulgaria for a Balkan summit, Netanyahu added: “We have helped uncover two terrorist attacks — one in Paris, and the other one in Copenhagen, organised by the Iranian secret service. Blocking Iran is at the top of our agenda for security, not merely for Israel but I believe for Europe and the world as well”.

These remarks came just one day after it was revealed that Netanyahu spoke to officials from US President Donald Trump’s administration regarding the Khashoggi case, calling on the US to stand by Saudi Crown Prince Mohammad Bin Salman (MBS) because of his importance as a “strategic partner”.