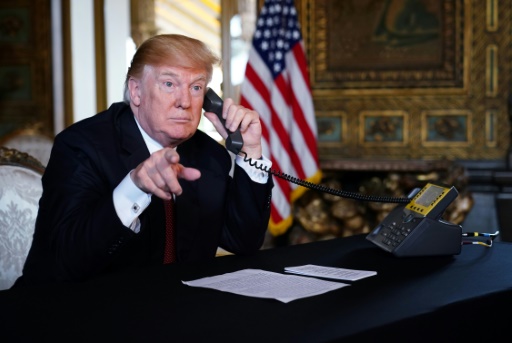 Washington (AFP) – Democrats intend to probe US President Donald Trump’s financial ties to determine whether they are the “hidden hand” driving US foreign policy on Russia and Saudi Arabia, the incoming chairman of the House Intelligence Committee said Sunday.

Adam Schiff, currently the ranking Democrat on that committee, accused Trump of being “dishonest” about the role of Saudi Crown Prince Mohammed bin Salman in the murder of journalist Jamal Khashoggi.

A Republican senator privy to the intelligence also challenged Trump’s denial this week that the CIA had concluded that the crown prince ordered the October 2 assassination.

“What is driving this?” Schiff asked, questioning “whether there’s a financial motivation; that is, his own personal finances.”

“Is his personal financial interest driving US policy in the Gulf? Vis-a-vis the Russians? We don’t know, but it would be irresponsible not to find out,” he said on CNN’s “State of the Union.”

Khashoggi, a critic of the crown prince, was a Washington Post columnist who lived in Virginia; he was murdered in the Saudi consulate in Istanbul by a special team flown in for the job.

The Saudis, who changed their version of events as evidence was made public in Turkey, have insisted that Prince Mohammed had no prior knowledge of the assassination — an interpretation which Trump has accepted.

“The CIA doesn’t say they did it,” Trump said Thursday. “They do point out certain things, and in pointing out those things, you can conclude that maybe he did or maybe he didn’t.”

Republican Senator Mike Lee of Utah, an opponent of US involvement in the Saudi-led intervention in Yemen’s civil war, said Trump’s assessment was “inconsistent with the intelligence I’ve seen.”

“The intelligence I’ve seen suggests that this was ordered by the crown prince,” he said on NBC’s “Meet the Press.”

Democrats, including Schiff, will have power of subpoena to pursue questions about the CIA’s findings as well as about Trump’s financial ties when they assume leadership of the House in January.

Schiff declined to comment on a report that the committee is recruiting money-laundering and forensic accounting experts in preparation for those probes.

But he said that among the issues that had not been investigated under the Republican leadership of the House “is whether the Russians have been laundering money through the president’s businesses and this is the financial hold that the Russians may have.”

“Is this the hidden hand in American foreign policy? We ought to be able to tell the American people, yes, it’s true or no, it’s not.”

Featured Photo: AFP/File / MANDEL NGAN. US President Donald Trump speaks to members of the military via teleconference from his Mar-a-Lago resort in Palm Beach, Florida, on Thanksgiving Day, November 22, 2018.