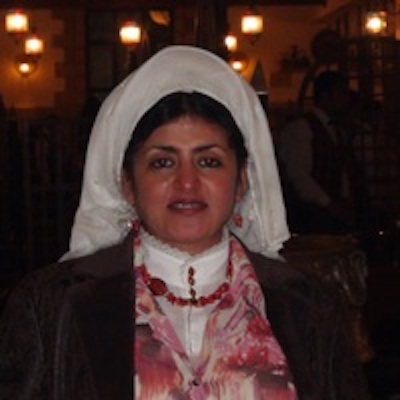 His Majesty King Salman bin Abdulaziz Al Saud
King of Saudi Arabia and Custodian of the two Holy Mosques
Fax: (via Ministry of the Interior) +966 11 403 3125

Your Majesty, Your Royal Highnesses, Your Excellency:

It is more than four months that Dr. Hatoon Ajwad al-Fassi, world-renowned Saudi scholar, professor, writer and women’s rights advocate has been in detention in Saudi Arabia. Her arrest, on 21 June, coincided with the lifting of the ban on women’s driving in the kingdom. We are very concerned about Dr. al-Fassi. Furthermore, her arrest and that of other women’s rights advocates provide evidence of the deeply troubling turn in what has been publicized as a reformist, modernizing agenda.

Until recently, Dr. al-Fassi was Associate Professor of Women’s History at King Saud University in Riyadh where she had been a faculty member since 1992. She is the author of two important books — Sanawat fi ‘Umr Al-Mar’ah Al-Saudiyyah [Years in the Lives of Saudi Women] (2018) and Women in Pre-Islamic Arabia: Nabataea (2007), and numerous articles and book chapters on the lives and status of women in the Arabian Peninsula, in the ancient world as well as in the contemporary period. A highly-respected historian of international stature, she has received numerous honors and accolades, among them, induction in 2008 into the prestigious “Ordre des Palmes Académiques” – a French order of knighthood for distinguished academics and figures in the world of education and culture. Alongside her scholarship, Dr. al-Fassi has written since 1993 a widely-read, weekly column on contemporary social affairs in al-Riyadh newspaper.

Dr. al-Fassi is, as well, a prominent advocate for women’s rights. In Saudi Arabia, she was engaged, for years, in efforts to lift the ban on women driving. She was also involved in initiatives to allow and encourage women’s full participation in municipal elections, and she co-founded the “Baladi” campaign to empower women who wanted to participate. In addition, she led the campaign to include women in the Majlis al-Shura (Consultative Assembly) in Saudi Arabia. That campaign resulted in the appointment in 2013, for the first time, of thirty women members. In 1993, she founded the Sunday Forum, a monthly gathering of women with lectures on a wide range of issues; the Forum continues to convene and remains an important resource for women.

Dr. al-Fassi has done much to enhance the lives of women and she has done so with wisdom, dedication, dignity and altruism. She enjoys an enormous and devoted following, not only in the Gulf region, but throughout the Middle East and North Africa, as well as in Asia, Europe and North America. She is, indeed, one of the best known and most respected of Middle Eastern women scholars and rights advocates.

In the weeks leading up to the much-anticipated lifting of the ban on women driving on 24 June, a reported sixteen advocates for women’s rights were detained in the Kingdom; and since the lifting of the ban, several more women have been detained. At a time when the Saudi leadership seeks to present an image of itself as engaged in a program of progressive change, these arrests undermine that program by demonstrating a disconnect between stated policy and practice.

We call upon the Saudi government, at this historic moment, to release Dr. Hatoon Ajwad al-Fassi and other women’s rights advocates who remain in detention. Dr. al-Fassi should be allowed to continue her most valuable work as scholar, writer, mentor and advocate for the greater good of her country, her fellow citizens, and women throughout the region and the world.

David H. Warren, Postdoctoral Research Fellow, The Alwaleed Centre for the Study of Islam in the Contemporary World, University of Edinburgh, Scotland

*Signatories have signed in their personal capacities; institutional affiliations are provided for the purpose of identification.