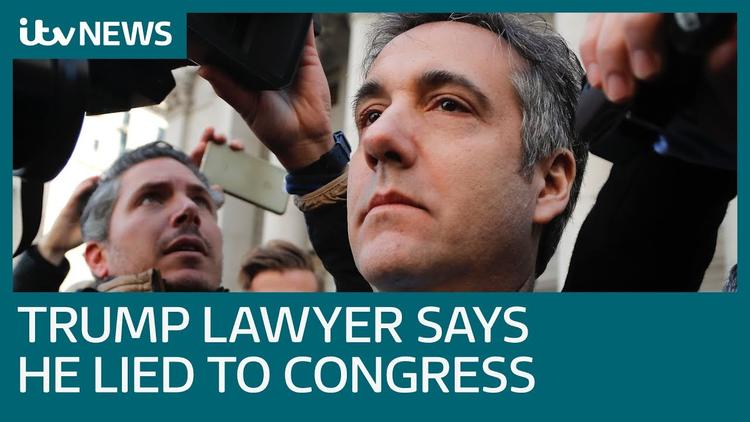 Ann Arbor (Informed Comment) – We now know that Michael Cohen lied to Congress about the timeline of Trump’s negotiations with Russia for a skyscraper in Moscow, telling them that the bid for a Trump Tower hotel in Moscow ended in January, 2016. It did not, but rather continued to be a live possibility into summer of 2016.

Cohen was Trump’s personal lawyer and fixer, so it isn’t a stretch to conclude that Trump told him to lie about this timeline. What was Trump hiding when he told Michael Cohen to conceal that his negotiations with Russia for a Trump Tower in Moscow lasted into summer of 2016?

Let’s look at what Trump was saying about Russia in May, 2016, at a time when he was still involved in those negotiations. Oliver Laughland of The Guardian reported on May 16:

Trump responded to Putin’s compliments about him, saying the remarks were “a great honor” and he characterized Putin as “a man highly respected within his own country and beyond”.

When MSNBC challenged him on Putin’s track record of having journalists killed, he replied “Our country does plenty of killing also.”

Trump then said on ABC’s ‘This Week on Sunday,’

If you know that Trump was angling for a Moscow Trump Tower permit and for all the money that would come with such a property, it rather puts a different coloration on his fawning.

Trump justified his Putin bromance, saying he would “get along [with him] very well for the good of our country”.

“Obama doesn’t get along with Putin. Putin can’t stand our president and it’s causing us difficulty and frankly, I said it a long time ago, if Russia wants to bomb the hell out of Isis and join us in that effort, then I’m absolutely fine with it. I think that’s an asset not a liability.”

You can almost hear the cash register chiming in the background.

Russian president Vladimir Putin also wanted a repeal of Congress’s Magnitsky Act, which targeted oligarchs close to him for their involvement in murdering a dissident, interfering in their ability to transfer (and perhaps launder) money. In response to these sanctions, Putin had refused to let American couples adopt Russian babies.

That Trump’s negotiations for the Moscow Trump Towers went on into June means that he was trying to please the Russian Federation at the time of the June, 9, 2016, meeting at Trump Tower between Kremlin agent Natalia Veselnitskaya and Donald Trump Jr., Paul Manafort, and Jared Kushner, at the suggestion of Rob Goldstone, the attorney for Putin crony Emin Agalarov. The meeting aimed at preparing the ground for a repeal of Magnitsky (Veselnitskaya used the code term “adoptions” to characterize her concerns) in return for Russian help in hacking Hillary Clinton’s campaign and smearing her to the US public.

In March, 2016, Trump had hired Paul Manafort as his campaign manager. Unbeknownst to the rest of us, Manafort had squirreled away tens of millions of dollars in Cyprus banks that he had earned lobbying and doing positive publicity for pro-Russian forces and personalities in the Ukraine. If you wanted to convince Putin that he should license your hotel and support your presidential run, you couldn’t find a better signal than Manafort that you wouldn’t make trouble over the annexation of Crimea or incursions into east Ukraine. Or, did Trump get pressure from his Russian contacts to bring in Manafort? In mid-July of 2016, Manafort quietly dropped a pledge to arm Ukraine against Russia’s intervention from the Republican Party platform.

Indeed, Trump himself may have ordered this change.

Cohen was planning to take Trump to Moscow for the real estate negotiations after the Republican convention, which means that the change in the party platform could have been a direct quid pro quo.

All the way into summer, 2016, Trump had a personal financial interest in pleasing Putin, an interest that his personal lawyer actively obscured. If Trump demanded this muddying of the waters and then later lied to Mueller about it, it is not only corruption but also obstruction.

That would be huge. As in, Watergate huge.