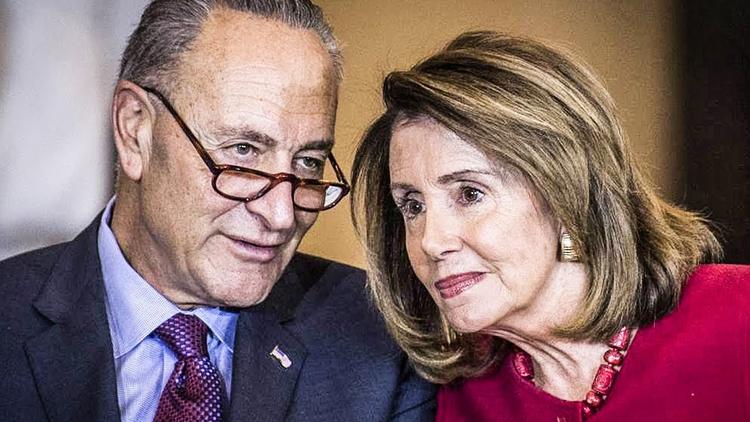 More progressive Democrats in the House must be prepared to fight like hell against the Pelosi-Schumer establishment, which will try to make them quiescent and go along with corporate priorities. What 2016 showed is that that platform is a formula for humiliating defeat and irrelevance. Democrats have to stand for something or people won’t bother to vote for them.

Here is the proposed Cole Progressive Platform for the next two years:

1. The new Democratic-controlled House must come up with a bill for Medicare for all which would reform the collapsing Obamacare. They should find a way to get Big Pharma on their side (there will after all be increased insurance payments for patients that are now uncovered and can’t afford care). They may well be able to get such a bill past the Republican senate, given that running against covering pre-existing conditions was fatal for a lot of GOP candidates for the House. As for Trump, just call it Trumpcare and he might well sign it. He has after all promised most of the things that a Medicare for all program would entail, so maybe he’ll finally stand by his own rhetoric.

Even if they can’t get the bill implemented into law, they can make Republicans vote against it in public, and then run against them in 2020 on that basis.

2. The Dems in the House must pass legislation promoting wind and solar energy and a move to electric vehicles. The $7500 tax credit should be expanded and the conditions for it loosened. Banks should be mandated to offer affordable loans for solar panels. Despite the power of the Big Oil lobby, the Dems might well be able to get something done. Republican senators like Chuck Grassley, from a Big Wind state (Iowa), would support them. Trump may be a lost cause here, but again, making him and GOP senators veto a bipartisan bill aimed at saving the world from a 7 degree F. temperature increase and all the disasters it will lead to, just creates an urgent issue on which Dems can run against them in 2020.

3. The Dems should re-ratify the Paris Climate Accord.

4. We need a national law protecting the right of workers, including state workers, to organize unions, engage in collective bargaining, and strike. In practice, these rights have been eroded by prosecutors winking a corporate union-busting or state legislation of ‘right to work’ (i.e. right to be unorganized slaves) laws.

5. The Dems should raise the cap on Social Security payments from $128,000 a year to $200,000 a year, which would nail down the health of the program for decades to come.

6. The Dems must craft an immigration bill restoring the Dreamers and establishing a path to citizenship for the undocumented. If it required somewhat reducing the number of legal immigrants annually from about 1 million to something less, so be it. The important thing is that people who have lived and worked in the US for years and who have family here be given a way to regularize their status, and that future legal immigrants be guaranteed a regular path to citizenship, as well. Trump says he likes to make deals, so offer him some things. End visa lotteries. They aren’t what he thinks they are, but he hates them and misunderstands them, so if you could get his signature on a reasonable law by abolishing them, why not? They aren’t that essential.

7. The Dems should legalize marijuana. Again, this issue could be bipartisan. It isn’t clear that Trump cares one way or another.

8. The Dems must pass a law forbidding the Trump administration to spend any government money in helping the Saudi-led war on Yemen. This situation could produce 10 million deaths from starvation, a mind-boggling prospect reminiscent of the excesses of Stalinism, for which people in the Middle East will blame the United States.

9. The Dems should also get the US out of Syria, and in that they would find an ally in Trump and some GOP senators. It really could be done. The US presence in Syria can’t actually block Iran, and it is just a sort of geopolitical game intended to make the US look like it is still a player.

10. The Dems must bite the bullet and rejoin the Joint Comprehensive Plan of Action or Iran nuclear deal, on the grounds that it is the most successful nuclear non-proliferation policy ever pursued by the United States. GOP attempts to paint Democrats as soft on Iran mostly failed, and the charge could be turned back on Republicans, that they are destroying an agreement that reduced the chances of war and reduced military expenditure, and so risking more US war in the Middle East.

11. Accomplishing some of this may require getting rid of some people from the Trump administration. Stephen Miller, the evil Rasputin behind some of Trump’s more outrageous immigration policies, should be investigated every which way from Sunday. Someone so despicable and weaselly has surely broken laws and could be impeached. Likewise, John Bolton’s creepy relationship with the People’s Jihadis (MEK) should be investigated. Deprived of some of his more dastardly henchmen, Trump might become more malleable.

Ring of Fire: “Democrats Prepared To Shelve Important Issues If They Win The Midterms”