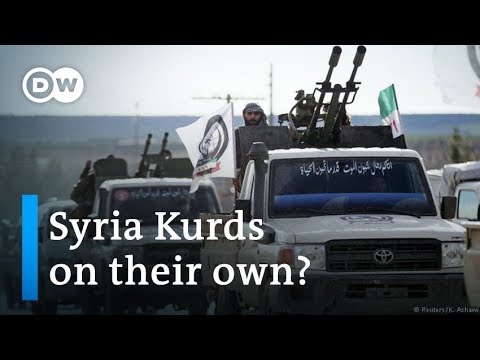 At the end of 2003 the United States-led war in Iraq was going badly wrong. It had started so well from the Pentagon’s perspective, as American troops entered Baghdad within weeks of launching the invasion in late March. The regime crumbled and a statue of Saddam Hussein was toppled. The sitting president George W Bush soon delivered a triumphal speech in front of a banner declaring “mission accomplished”. Even then it looked premature. At that point, the quick victory Washington expected was already running into quicksands.

By mid-summer, a rapidly evolving urban insurgency was inflicting serious casualties among the coalition of international (mainly US and British) forces. Many of the latter were killed. But improvements in trauma care meant that six or seven times their number were now surviving previously fatal wounds – albeit with appalling, life-changing injuries: loss of limbs and other body parts, severe abdominal injuries, PTSD at an almost unbearable level.

This type of combat had the inevitable result of a far greater use of firepower by the coalition, often against suspected sniper posts. In turn this killed many Iraqi civilians, thus serving to increase people’s opposition to the invasion of their country (as it was now seen by Iraqis). By the searing heat of July, the Bush administration was looking for solutions to what was predominantly an American war.

One option was to get India to commit a reinforced army division of 17,000 personnel to take over Iraq’s quieter north-east region, while the US itself concentrated its troops in areas of greatest need, especially Baghdad and its environs.

India’s then prime minister, Atal Behari Vajpayee of the broadly Hindu nationalist BJP, was willing. But public opinion was overwhelmingly against, and this mattered even more as five state elections were due that autumn and a general election the following year (see “Far from home, alone“, 16 July 2003). After intense debate and protest in India, the request by Washington was rejected. As hopes of expanding the coalition evaporated, the US was left to work with a few allies (including, as ever, Britain) in a troubled, costly effort with no obvious way forward.

Except, that is, for one other off-centre option: a turn to Israel, which combined intimate military links to the US with experience of urban counterinsurgency against Arab opponents. There followed intensive discussions in Tel Aviv in the first five days of December between the heads of Israel’s ground forces and the US army’s training-and-doctrine command, Tradoc (see “After Saddam, no respite“, 19 December 2003). This was welcome progress for the Pentagon, not least as it enabled the advanced training and use of Israeli equipment, especially in the area of close-quarters surveillance.

But there was a downside, in that news of this collaboration with Israel filtered through to the leaderships of the Iraqi rebellion, including those linked to the wider al-Qaida network. While western reporting of the closer US-Israel military links was confined mainly to a few military journals, across the Middle East and north Africa it was highlighted as proof that the invasion of Iraq was a straightforward “Crusader-Zionist” plot to control the Arab world.

History gave this interpretation even more utility as a propaganda tool. A thousand years earlier, the renowned Abbasid caliphate had Baghdad as its capital. From the telescope’s other end, what looked in Washington to be the successful use of a trusted ally in a flailing war was something of a gift to al-Qaida and like-minded extreme movements.

Fifteen years later, crucial elements of this more recent history are on repeat. A new US president is proving useful to ISIS and others thanks to his particularly close relationship to Israel, exemplified by the symbolic move of the US’s embassy to Jerusalem. More broadly, the US is being further worn down by an endless cycle of war.

In this context, Trump wants to depict the planned withdrawal of 2,000 US troops from Syria as, in effect, a declaration of victory over ISIS. It’s true that the movement has largely (if not wholly) gone underground after losing much (if not all) of its territory. But there is unlikely to be a single western security analyst who thinks ISIS has been defeated. An estimated 10,000-20,000 paramilitaries remain active in Iraq and Syria, while related movements are well placed across north Africa and the Sahel. From this vantage point, the US military evacuation can be seen as a humiliating American flight.

This view finds reinforcement in Afghanistan, where Trump’s order to withdraw 7,000 troops ignores the US defense department’s assessment that the Taliban – having made steady gains in rural areas – will welcome such a decision.

Two elements are worth adding to this emerging picture. The first is that ISIS has but a small, if entrenched, presence in Afghanistan, and it is the more nationalist Taliban who stand to gain from a US military drawdown. That said, to the wider “anti-American world” such fine details may matter less than the broad image of a United States in retreat.

The second is that thousands of US forces will remain in Syria and Afghanistan, many of them more covertly as special forces or privatised military. Even if perhaps 9,000 regular troops do go home, these will be drawn from open contingents. No comprehensive US withdrawal is yet occurring.

Blackwater military helicopter in Baghdad Operation Iraqi Freedom, 2004. Wikicommons/U.S. Air Force Photo by Master Sgt. Michael E. Best. Some rights reserved.In this respect, a fascinating indicator is the notorious Blackwater company’s re-emergence as a major player in the privatisation of US war. The new edition of Recoil magazine (“the ultimate firearms destination for the gun lifestyle”) carries a full-page advertisement featuring the words “WE ARE COMING” on a black background – with nothing else but the Blackwater logo. The war’s privatisation may prove to have been a subsidiary factor in James Mattis’s resignation, now becoming effective from 1 January rather than the initial 28 February date.

Such symbolic details will matter little to ISIS and other Islamist paramilitaries, whose sights are set higher and longer. The leader of, in their terms, the “far enemy” boasts of success as he pulls American troops from two key war zones. In his looking-glass world appearance is all that counts. In the real one of the Middle East, the hubris of “mission accomplished” in 2003 and 2018 forms a destructive continuum, with no end yet in sight.

Analysis: Who will fill the void after the US pulls out of Syria? | DW News