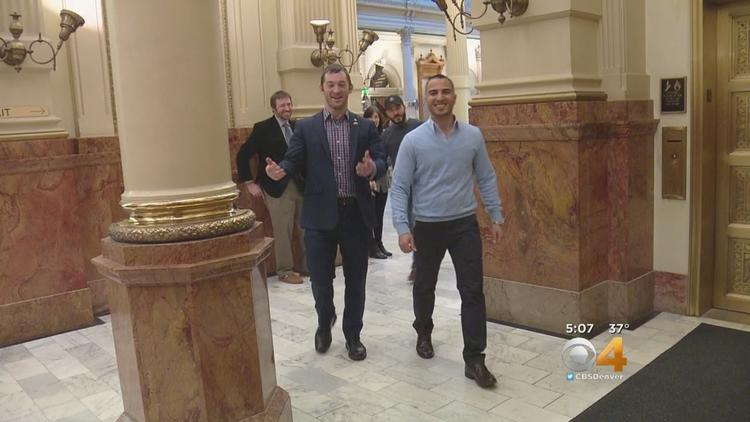 (Beirut) – The United States government has deported at least 30 of a planned 1,400 people originally from Iraq back to their country, in some cases threatening long imprisonment if they don’t consent, Human Rights Watch said today. In all cases that Human Rights Watch is aware of, the deportees lack valid identity documents, putting them at risk of arbitrary detention and mistreatment in Iraq.

Before President Donald Trump’s “travel ban” in January 2017, the Iraqi government was not accepting any nationals involuntarily returned. However, soon after the ban – which barred citizens of seven Muslim-majority countries, including Iraq, from entering the US –Iraq agreed to accept a small charter plane of deportees and to facilitate deportations. The White House subsequently removed Iraq from the the list.

“Anyone living in Iraq without valid Iraqi identity documents is vulnerable to arbitrary detention and ill-treatment,” said Lama Fakih, deputy Middle East and Northern Africa director at Human Rights Watch. “ICE should halt all deportations of Iraqis until it can ensure that they won’t face detention and ill-treatment, and Iraq should ensure that all Iraqi deportees are given proper Iraqi identity documents before they return.”

In September and October 2018, Human Rights Watch interviewed six men deported to Iraq between May and August. Three said that US Immigration and Customs Enforcement (ICE) officers and Iraqi consular representatives approached them in US immigration detention and threatened them with years of imprisonment if they didn’t sign Iraqi paperwork agreeing to their return. Two said that the two ICE officers who escorted them from the US to Bahrain made repeated vague threats if they tried to push back on the return and to get them to sign documents, the nature of which remain unclear.

One man, 26, said that before boarding his flight from Bahrain to Baghdad, the two ICE officers who had escorted him from the US demanded he sign a document. His recollection of what one of the officers said was: “If you don’t sign the paperwork, we’re going to email the Iraqi government and tell them what kind of crimes you committed and how we deported you and you’re going to be in jail over there and God knows how long they’re going to keep you there. In prison, they’re going to see a guy with tattoos like this and they’re going to rape you.”

ICE deported at least one person in violation of a court order in August, said the American Civil Liberties Union (ACLU), which is negotiating the person’s return to the US.

Following Iraq’s agreement to accept deportees, ICE arrested and detained more than 300 Iraqis. They were ordered deported though many of them have lived legally in the US for decades and have extensive family and community ties there.

Human Rights Watch has long-documented the US immigration system’s failure to properly consider family and other longstanding ties in deportation decisions. Some were ordered deported because of criminal convictions, including old and minor offenses. Under US law, even lawful permanent residents can be deported for a wide range of offenses, as minor as marijuana possession. Others were ordered deported for immigration violations, like overstaying visas. Approximately 1,100 additional Iraqis who were not detained similarly face detention and deportation. According to the ACLU, of the more than 1,400 Iraqis who have been issued deportation orders, ICE has already deported at least 30.

The ACLU filed a class-action lawsuit and obtained a nationwide preliminary injunction on July 24, 2017, staying the removal of around 300 Iraqis. Recently unsealed documents in the ACLU’s lawsuit show that ICE, in opposing the release of the detainees, misrepresented Iraq’s willingness to accept them. On November 20, 2018, the court ruled that ICE had submitted “demonstrably false” evidence to keep the Iraqis locked up and ordered that unless ICE can remove them by December 20 or other exceptional circumstances apply, they must be released. Many of the detainees were released by late December but are still at risk of deportation in the future.

Joseph Darrow, an ICE lawyer, acknowledged on October 24 in court that there was an agreement between the US and Iraq to remove all Iraqi nationals with removal orders, about 1,400 people, many of whom do not want to return.

Other countries are also considering deportations of Iraqis. In late December, Iraqi media reported that the Netherlands had begun deporting Iraqis back to Iraq, starting with a family who was unable to present any valid documentation upon their arrival in Erbil. Other countries including including Germany have expressed plans to do the same.

People without identification documents or travel papers are likely to be detained if they are stopped at a checkpoint. That puts them at risk of detention and torture, something pervasive in Iraq’s detention facilities.

Human Rights Watch wrote to Muhammad Tahir al-Mulhim, director of the human rights office within the Iraqi Prime Minister’s Advisory Council, on December 12, asking Iraq to clarify its position on involuntary returns. Human Rights Watch asked if the government is taking any steps to prevent its consular staff in the US from coercing Iraqis into returning with threats of years in detention, and whether consular staff are issuing valid documentation to returnees and ensuring that they are not taken into custody. Human Rights Watch has not received a response.

Human Rights Watch also wrote to Ron Vitiello, acting ICE director, on December 17, asking what steps ICE is taking to ensure that its officers are not coercing Iraqis into returning to Iraq with threats of years in detention, and that ICE is not deporting Iraqis until Iraq provides proper Iraqi identification. It has not received a response.

Iraqi authorities should take measures to ensure that people who do return will not automatically be taken into custody and will be able to leave the airport and move freely throughout the country.

“International law is clear that no individual can be sent back to a country where they are in danger of being tortured,” Fakih said. “It is shameful that US officials are using threats and intimidation to force Iraqis to return under these conditions.”

According to the ACLU, ICE officers have coerced at least seven detainees to sign Iraqi paperwork saying that they consent to be deported to Iraq by threatening them with criminal prosecution or years of imprisonment. One man, 44, said that early 2018, after spending almost one and a half years in immigration detention, an ICE officer told him, “You will never get released, you will be stuck in jail for a long time.”

Iraqi consular staff repeated these threats, interviewees told Human Rights Watch, to push them to sign the paperwork. The 44-year-old said that soon after the meeting with the ICE officer, an Iraqi consular representative came to visit him in detention and told him that if he did not sign a document stating he was willing to return to Iraq, he would stay in prison for the next 15 to 20 years.

Another man, 37, told Human Rights Watch that in May, an Iraq consular representative visited him in prison and asked, “Do you want to go back to Iraq, or stay here in prison forever?” He signed the document agreeing to his return. The 26-year-old said that in September 2018, an Iraqi consular representative came to visit him in detention and told him that he needed to sign a document agreeing to return to Iraq, and if he did not that would be seen as a refusal to comply with immigration procedures and lead to a 20-year prison sentence.

ICE deported one of them illegally, violating the injunction staying the removal. ICE has told the court that in at least 15 other cases, detainees refused to agree to return, but Iraq’s Foreign Ministry issued them a one-way travel document anyway, and ICE is processing them for removal.

The ACLU has reported that many people still in the US have reported coercion, including false threats of prosecution and being berated if they refused to sign. The judge in the case has repeatedly ordered ICE to forbid harassment and coercion of Iraqi detainees.

A relative of a man returned to Iraq in December told Human Rights Watch he had refused to sign the consent paperwork but was returned involuntarily.

The men Human Rights Watch interviewed showed researchers the only identity document that Iraq’s Foreign Ministry had issued them to facilitate their return: a one-way laissez-passer. The booklet is valid for a single return to Iraq. But authorities in Iraq don’t recognize it as valid, so it cannot be used to travel within Iraq to obtain valid civil documentation.

It is not known how many of the 1,400 Iraqis in the US subject to deportation orders lack Iraqi identity documents. However, that was one reason Iraq previously gave for refusing to accept repatriations, and almost all of the 300 who have been detained by ICE lack proper Iraqi identification documents, making it likely that many of the 1400 lack the documents.

Each man interviewed said that security officers detained and interrogated them for up to 24 hours when they arrived at Baghdad, Erbil, and Najaf airports, eventually releasing them to their relatives. They said they were afraid of traveling on Iraq’s roads without any valid documentation and had been trying to bribe officials to provide valid ID documents.

However, months later only two had been able to obtain an Iraqi national identity card, a crucial document to travel safely on any road in the country or access any government service or facility. They said they were keeping a low profile, spending most of their time at home for fear of arrest.

All six said that they were in less vulnerable circumstances than they might have been because they had been able to find people to sponsor them to leave the airport. But they said that others they had met in detention in the US who did not have friends or family in Iraq would probably not be in that position. Human Rights Watch has been unable to locate other people deported to Iraq or to find out their circumstances.

There are documented instances of Iraqi Security Forces at checkpoints detaining people on suspicion that they are affiliated with ISIS, sometimes merely because they are missing documentation. These detentions can last as long as year without charge, trial, access to counsel, or communication with family members, in squalid conditions with interrogators often using torture as an interrogation method. These abuses are included in the US’s annual human rights report.

One man, 33, now back in a small town in Iraq, said he was unable to obtain a valid ID:

Until I get that, I cannot go anywhere outside of my house, there are checkpoints everywhere. I ventured out to the local market a few days ago, but suddenly saw some officers stopping people and checking their IDs so I ran home and haven’t left since then; I am too scared. But frankly, the situation for me is ok, at least I speak some Arabic and have my parents here. I cannot even imagine what’s happening to some of the other guys being sent back, with no family, and no Arabic.

People are noticing that I’m an outsider and some figured out that I am from America. I feel unsafe – if I had known that my life would be in danger I would have preferred to stay in jail. That is better than worrying about being kidnapped.