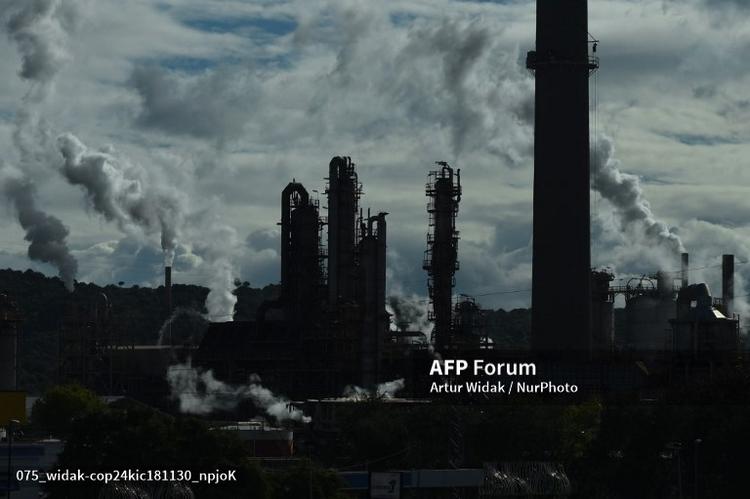 Campaign groups representing citizens from across the world demanded Tuesday that big energy leaves coal in the ground as COP24 host Poland pushed for protections allowing it to continue burning fossil fuel.

With nations locked in UN climate talks aimed at heading off runaway global warming, many parts of the world are already dealing with the storms, floods, fires and droughts our heating planet will suffer.

Man-made emissions have increased annually since the landmark 2015 Paris climate accord was struck and with political progress slowing, people who will bear the biggest burden issued their clearest plea to date: end fossil fuels now.

“The urgency of the climate crisis is very real on the ground because our people are suffering the different impacts of extreme weather,” said Lidy Nacpil, co-coordinator of the Asia Peoples’ Movement on Debt and Development.

“Crops will be destroyed not just by flooding and rain but also by droughts. Yet this urgency is not reflected in the actions of governments,” she told AFP.

The People’s Demands (https://www.peoplesdemands.org/) initiative has been signed by nearly 300,000 people from over 120 nations.

It calls on richer states — who are responsible for most greenhouse gas emissions — to honour their promises to help fund at-risk countries to adapt to climate change, and developed economies to be fully green by 2030.

They also want a ban on fracking and an immediate, worldwide moratorium on new fossil fuel exploration and extraction.

The UN’s independent panel of climate experts in October issued its starkest findings yet: emissions from fossil fuels must be slashed by half within 12 years in order to hit the Paris goals of limited temperature rises.

But most Western economies remain heavily dependent on fossil fuels.

Poland, which gets roughly 80 percent of its electricity from coal, this week called for nations to weave measures into the UN climate framework that critics fear would allow it to keep polluting for decades.

President Andrzej Duda used his address at the COP opening Monday to say Poland’s dependence on coal “does not clash with climate protection and progress achieved in this vein”.

Duda reinforced his message on Tuesday with a speech to miners in the southern town of Brzeszcze, where he said he would not allow “anyone to murder Polish mining”.

He said while Poland was hosting the climate summit “we’re also there to speak the truth without taking into account political correctness, which is often driven by foreign interests and not Polish ones”.

Poland and other fossil-fuel reliant economies say they need a gradual and “just transition” towards renewables that protects miners and national energy security.

UN Secretary-General Antonio Guterres told officials at negotiations Tuesday that “the dialogue with industries is sometimes difficult and complex”.

“But we believe that even in the oil and gas industry, there is a growing conscience that the present trend is not sustainable.”

Paris committed countries to limiting temperature rises to well below two degrees Celsius (3.6 Fahrenheit) and to the safer cap of 1.5C if possible.

But a UN body warned last month that the gap between greenhouse gas emissions and levels needed to hit the Paris targets was bigger than ever before. 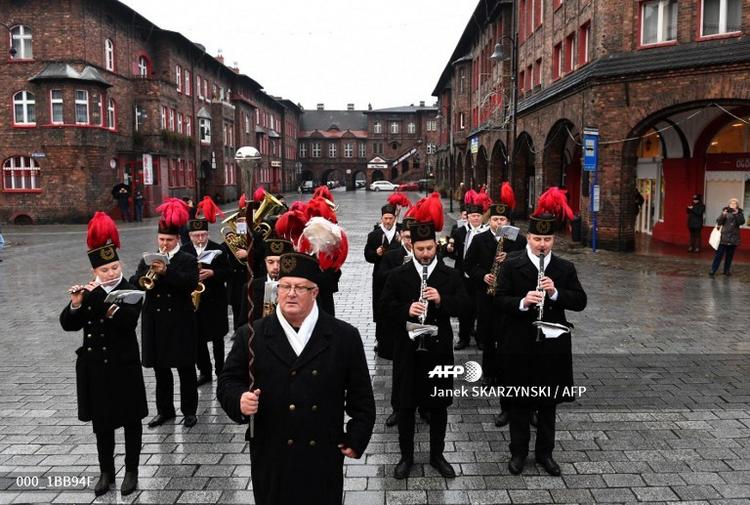 Air pollution alone is now estimated to kill as many as nine million people every year.

“More and more communities are understanding the need to transform our energy systems and their immediate reason is they can see how damaging coal plants or oil drilling are,” said Nacpil.

“It’s becoming a popular cry that there has to be a swift transition away from these kinds of energy.”

Groups representing big energy are present at COP negotiations and environmentalists fear they may embolden nations to stick by old coal.

Jesse Bragg, of the Corporate Accountability group, told AFP fossil fuel influence at UN climate talks had “succeeded in making what goes on in those rooms very, very detached and different from the needs of the world.”

Featured Photo: A general view of the industrial development near Algeciras, one of Europe’s most polluted places. The Spanish delegation will travel to the climate change summit in Katowice (Poland) to defend the need for more developed countries to make ‘more ambitious’ commitments than those set out in the Paris Agreement against Climate Change. On Friday, 30 November 2018, in Algeciras, Spain. (Photo by Artur Widak/NurPhoto) Artur Widak / NurPhoto