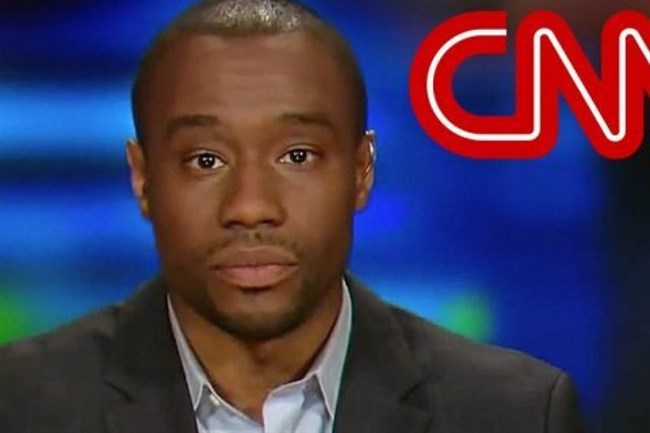 WASHINGTON (Ma’an) — Arab-Americans expressed, on Friday, support of journalist Marc Hill, who was fired from the American news network, CNN, for expressing pro-Palestine views.The American-Arab Anti-Discrimination Committee (ADC) condemned, in a statement, CNN’s decision against Marc Hill, describing it as shameful, while commending Hill for “advocating for equal political and human rights for the Palestinian people.””ADC is proud to stand with Dr. Marc Lamont Hill for defending equal rights for the Palestinian people. ADC condemns in the strongest terms the abhorrent decision by CNN to fire Dr. Hill from his position as a commentator with the network. Dr. Hill continuously stands in support of human rights, justice, and equality for the Palestinian people — the very principles which got him fired. It is outrageous that CNN would fire Dr. Hill simply for his position that the Palestinian people are entitled to have full equal rights and protection under the law. The action taken by CNN is a shameful decision and contradictory to the networks supposed principles of fairness and fact telling.”

During an event organized by the United Nations, commemorating the International Day of Solidarity with the Palestinian People, Hill gave a compelling and comprehensive testimony describing Israel’s ongoing decades-long assault and occupation of the Palestinian people.Throughout his testimony, he outlined the institutional forms of discrimination and racism that the Palestinian people experience on a daily basis.”CNN provides platforms to commentators who regularly make anti-Arab and xenophobic remarks. One of their regular commentators is former Senator Rick Santorum who routinely denies the existence of Palestinians as a people. CNN still refuses to take any action against Santorum. This is one example of many in which the network has ignored racist commentary, and instead provides a platform for those like Santorum to continue their campaign of dehumanizing Arabs and Palestinians,” said the largest Arab American grassroots and civil rights organization in the United States.