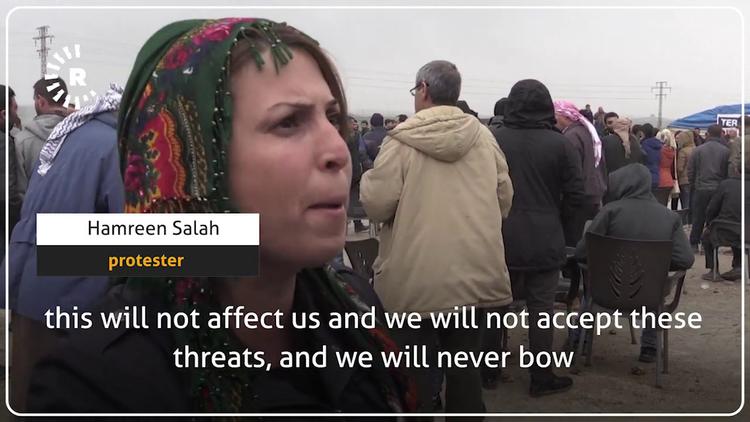 Ann Arbor (Informed Comment) – Secretary of Defense James Mattis resigned on Thursday in part because he felt his president was violating the code of the Marines, that no man should be left behind. In abruptly pulling out of Syria, Trump was abandoning the Syrian Kurds, the only allies the US could find in the Middle East against ISIL. The Saudis? Backing the radical jihadis, “Army of Islam” (Jaysh al-Islam) in Syria but wouldn’t step in against ISIL. The Turkish government gave lip service to fighting ISIL, but when the US gave Ankara the Identify Friend or Foe (IFF) code that let Turkey fly in US-controlled airspace so they could hit ISIL, they instead mainly bombed the Kurds. Russia and the Syrian government were more worried about the Nusra Front, an al-Qaeda affiliate, in the center of the country and up to the northwest, than about ISIL in the eastern desert.

Nobody would step up. The US could offer air support, but air support is only useful if you have ground troops willing and able to take territory from the enemy. The US spent 2014 and 2015 bombing Raqqa and other ISIL targets desultorily. But only when the People’s Protection Units (YPG) militia of the (Kurdish) Democratic Union Party stepped up to fight ISIL did the latter begin losing territory, being finally rolled up in fall of 2017.

Most Kurds in Syria support the Democratic Union Party, which is a post-Communist experiment in coop governance that has an emphasis on social justice and feminism. It is inspired in part by the thinking of post-Communist Brooklyn intellectual Murray Bookchin. Although of Sunni Muslim heritage for the most part, Syrian Kurds have one of the more progressive ideologies in the Middle East. One knock on them is that their progressive experiment is intermingled with a strong Kurdish nationalism that can disadvantage their Arab neighbors (some of whom have accused the Kurds of ethnic cleansing campaigns aimed at creating a largely Kurdish semi-autonomous state, Rojava). Still, they do have local Arab allies.

In part because they care carrying on a secular, progressive social policy in a region dominated by right wing politics and religious fundamentalism, many Western leftists strongly support the Syrian Kurds. I admire a lot of what they are doing, myself, though I’m not in the camp that has drunk the Rojava koolaid and won’t allow any criticism at all of the DUP.

Noam Chomsky has come out to say that he believes US troops should remain in northeast Syria to protect the Kurds from reprisals by the increasingly right wing and authoritarian Turkish government of Tayyip Erdogan and from the resurgent al-Assad government in Damascus. Since anti-imperialism is the primary plank in the platform of the Western Left, this willingness of Chomsky to endorse the Pentagon’s Syria presence for the sake of the Kurdish left-anarchist political experiment is remarkable. But it is also logical. Trump’s precipitous US troop withdrawal, in the absence of any political settlement in the region, likely spells an end to Kurdish semi-autonomy. Turkey is talking about invading and destroying the YPG as terrorists. So either you are willing to see the experiment end or you are willing to support a US military presence that keeps the experiment going. (By the way, Chomsky’s reasoning on Rojava is similar to my own argument for supporting the United Nations-backed no fly zone in Libya in 2011– I didn’t think the Libyan government should be allowed to send helicopter gunships and MiGs against civilian youth protesters who were envisioning a new kind of polity in Libya. I think it was the right stance even if the road from Ghadaffism has been a turbulent one, and you will note that despite militia fighting, the statistics on death and destruction and displacement for Libya are nothing like those for Syria, where the international community allowed al-Assad to kill tens of thousands and displace millions).

But, it doesn’t really matter what Chomsky and I think. Most likely Trump’s decision on withdrawal can’t be reversed. The US military does have an Iraq command that has assets near eastern Syria, but it is a little unlikely to deploy them against NATO ally Turkey. They will be deployed against ISIL remnants.

So is there any way the Syrian Kurds can protect themselves from Turkey?

One possibility would be to turn to Russia as a patron. Russia has already demonstrated that it won’t take a challenge from Turkey in Syria lying down and can economically punish Turkey severely, as Putin did in 2015 after Turkey shot down a Russian fighter jet that was attacking Turkmen militias in northern Idlib province.

But Russia has strongly backed Bashar al-Assad and the decrepit Baath Party, who want control of Syrian Kurdish regions.

Another possibility, however distasteful, is for the Kurds to turn to Bashar al-Assad himself. The hope would be that the Syrian Arab Army might be allowed by the Kurds to establish a buffer zone along the Syrian-Turkish border, which would mollify Turkey and convince Erdogan that the YPG fighters cannot with impunity infiltrate over to the Turkish side to aid restive Turkish Kurds who have been being severely repressed by Erdogan since 2015. The Kurds would pay a domestic price for such SAA “protection,” in that some of their relative autonomy from Damascus would likely have to be ceded. The Baath Party is a one party state and the al-Assad clan have sticky fingers, so if you give them an inch they will take a mile.

Thus, it comes as little surprise that the Kuwaiti newspaper al-Ra’i is reporting that the Kurds of al-Hasakah are in negotiations with Damascus about just such an SAA buffer zone.

The Kurds are alleged to have offered to let the Syrian Army have the border zone on condition that the YPG militiamen be allowed to retain their arms and their control inside Hasaka.

Bashar al-Assad, however, rejected this overture, saying, “There never will be in Syria any armed forces other than the Syrian Arab Army.”

Nevertheless, Russia is said to be pinning its hopes for avoiding a confrontation with Turkey on such a deal between the Kurds and Damascus, allowing the establishment of a Syrian Army zone separating the Kurds from the Turks and forestalling a Russian invasion. Russia is said by the article to have told Erdogan he can’t invade the Syrian Kurdish northeast, and that he will just have to be satisfied with an SAA buffer with the Kurds.

The Kurds, having lost their US ally, will strive to find new patrons and arrangements that might allow their cooperatives and ideals to survive. Whether they can succeed is the big question.