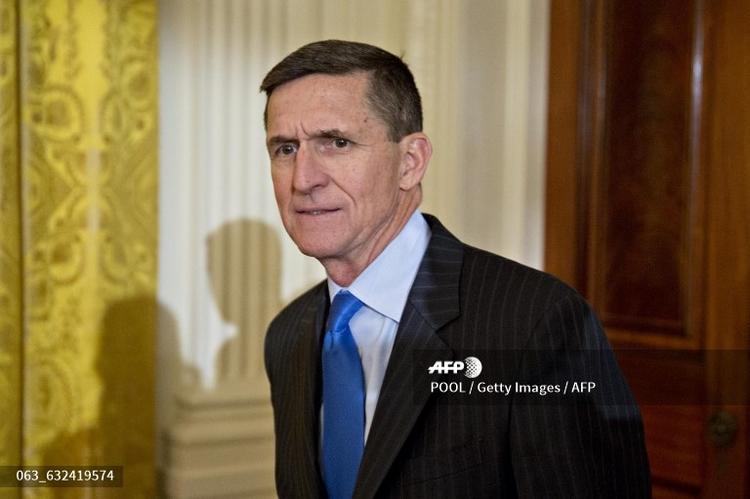 (AFP) Michael Flynn’s guilty plea was the first secured by the investigation into alleged collusion between Donald Trump’s election campaign and Russia
Robert Mueller, the special prosecutor in charge of the Russia election meddling probe, recommended Tuesday that President Donald Trump’s former national security advisor Michael Flynn face no jail time due to his “substantial” cooperation with the investigation.

Mueller said in a court filing that Flynn, who admitted last year to lying about his contacts with Russians following Trump’s November 2016 election victory, had helped in his and other unspecified federal criminal investigations, including being interviewed 19 times.

Mueller also told the Washington Federal court that despite his “serious” offense, the retired three-star general and former Pentagon intelligence chief had a strong record of military and public service.

The surprise recommendation came ahead of Flynn’s upcoming sentencing, which had been postponed four times over the past year.

Those postponements indicated that, once hostile to the investigation that threatens Trump and his inner circle, he had possibly become a valuable witness.

“Given the defendant’s substantial assistance and other considerations set forth below, a sentence at the low end of the guideline range — including a sentence that does not impose a term of incarceration — is appropriate and warranted,” Mueller said in a memorandum to the court.

Flynn’s was the first guilty plea secured by the Mueller investigation into alleged collusion between Trump’s election campaign and Russia.

His position as a top-level insider in the campaign, accompanying Trump to key events, making a keynote speech at the July 2016 Republican convention, and then taking hold of the White House national security apparatus in Trump’s first weeks in office, made him a potentially extremely valuable witness.

But many thought his own problems had likely compromised that value.

In an interview with investigators on January 24, 2017, four days after Trump’s inauguration, Flynn lied about conversations he had the previous December with Russia’s ambassador to the US, Sergei Kislyak.

In those conversations, apparently recorded by US intelligence, Flynn appeared to be trying to undermine the policy of then-President Barack Obama by making separate political deals with Moscow.

Obama at the time was planning sanctions on Russia for its interference in the 2016 election. Flynn urged the Russians not to retaliate, suggesting Trump would reverse the sanctions.

Within weeks, Flynn was forced to resign after it was alleged that he also had lied to top White House officials about his Kislyak talks.

Then in March 2018, in a second interview with the FBI, Flynn lied about the fact that before and after the election, he had a $530,000 lobbying contract on behalf of Turkey that he had not reported.

Despite the light sentence recommendation, the memorandum gave no hint as to what Flynn had told the Mueller team about the operations of the Trump campaign and its Russia ties.

Mueller has identified numerous contacts, including efforts by Trump aides during 2016 to set up a meeting between him and Russian President Vladimir Putin.

In another surprise, last week Trump’s former personal lawyer Michael Cohen admitted that through the first half of 2016, even after Trump had secured the Republican nomination for president, he had top-level contacts with Moscow over a project to build a potentially 100-story Trump Tower in the Russian capital.

And a separate document suggested that Mueller has evidence that a Trump campaign advisor, Roger Stone, sought to coordinate with WikiLeaks as it published embarrassing Clinton-related emails that were stolen and fed to it by Russian intelligence.

A heavily redacted addendum to the Flynn memorandum Tuesday added more tantalizing hints. It indicated that Flynn was also aiding one or more other federal criminal investigations related to the Trump campaign, but not being led by Mueller.

Those potentially could include an examination of Trump’s financial ties to Russia through his real estate business.