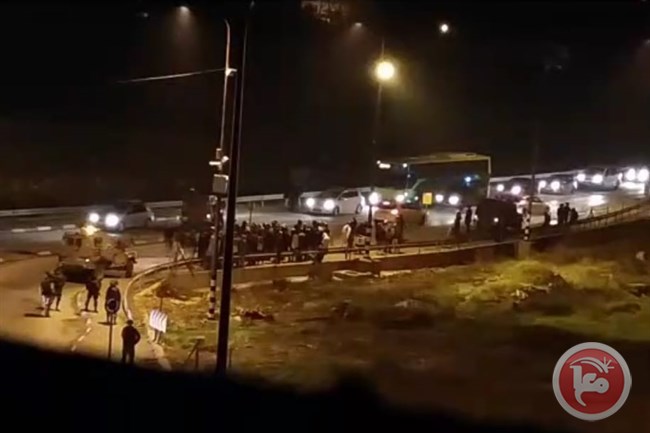 PRCS sources confirmed that one of their ambulances, which was transporting a Palestinian patient to a hospital in Hebron City, was attacked by a group of Israeli settlers, who showered the ambulance with rocks.

Due to the attack, the ambulance driver was forced to turn back.

Meanwhile, Israeli settlers also attacked dozens of Palestinian vehicles passing at the Beit Einun junction, east of Hebron, and blocked the road that leads from Hebron to other villages, towns, and cities.

The vehicle belongs to Palestinian resident, Yousef Ibrahim Abu Jahisha.
While the hundreds of thousands of Israelis living in Jewish-only settlements across occupied the West Bank in violation of international law are permitted to carry guns, and are rarely held accountable for stone throwing or similar attacks, Palestinians face up to 20 years in prison for throwing stones where intent to harm could be proven, and 10 years where it could not.

Israeli authorities served indictments in only 8.2 percent of cases of Israeli settlers committing anti-Palestinian crimes in the occupied West Bank in the past three years, according to Israeli NGO Yesh Din.