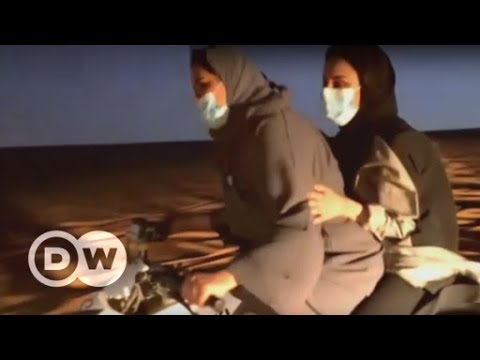 Saudi women are stepping on the face veils some are made to wear in the conservative kingdom and posting it on social media with the hashtag “the niqab under my foot“.

The campaign marks the latest protest against strict dress codes for women in Saudi Arabia, who are required to wear abayas – loose, all-covering robes – in public and in most of the country to cover their hair and faces.

Women took to Twitter with stories of being forced to wear the face veil, using the hashtag. Some posted photos of them stepping on the garment in protest.

“When I decided to take off my niqab my mother’s reaction was to tell me that she would never forgive me,” said one.

“I stood by my decision and endured months of emotional-blackmail and verbal abuse on her part. It wasn’t a choice for me and it isn’t for many girls in my country.”

The campaign attracted criticism, with some saying it was disrespectful to women who chose to wear the niqab.

“You don’t want to wear it that’s your choice but you should also respect those who wear it. Your hashtag in Arabic (i. e. The Niqab is under my foot) is very disrespectful to those who wear it by their will as religious devotion,” tweeted one.

It is not the first time Saudi women have protested on social media against religious dress. Last month women wore their abayas inside out in protest.

Saudi Arabia has no written legal code to go with the texts making up sharia – the Islamic law that effectively governs the kingdom – but police and judiciary have long enforced a strict dress code.

Crown Prince Mohammed bin Salman said in March that women only needed to dress modestly and were not required to wear abayas. But Saudi women say that in practice nothing has changed, and demanded more freedom.

Saudi women have started wearing more colorful abayas in recent years, the light blues and pinks in stark contrast with the traditional black. Open abayas over long skirts or jeans are also becoming more common in some parts of the country.