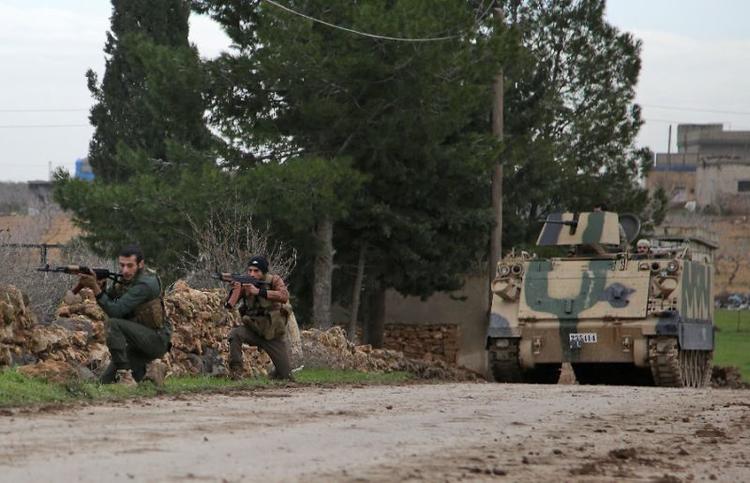 Damascus (AFP) – The Syrian government on Saturday condemned Turkey’s military presence in northern Syria as a violation of a 1998 protocol between the two countries.

Turkey’s President Recep Tayyip Erdogan has insisted the Adana Protocol gives his country the right to intervene militarily in the neighbouring country.

Turkey and its Syrian rebel proxies control part of northern Syria, and Ankara has repeatedly threatened another military operation against Kurdish fighters on its southern border.

On Saturday, the foreign ministry in Damascus accused Ankara of repeatedly breaching the Adana deal throughout Syria’s eight-year war.

“Since 2011, the Turkish regime has violated and continues to violate this agreement,” a ministry source said, quoted by state news agency SANA.

The source accused Turkey of “supporting terrorists”, using the regime’s usual term for both jihadists and rebels.

It said Ankara was breaching the deal through “occupying Syrian territory via terrorist organisations linked to it or directly via Turkish military forces”.

Rebel backer Turkey has twice led incursions into northern Syria in 2016 and 2018, since when its forces and allied Syrian proxies have controlled a patch of territory on the border.

Ankara has repeatedly threatened to march on areas further east, where Kurdish fighters it views as “terrorists” have led the US-backed battle against the Islamic State jihadist group.

Washington last month said it would pull all its troops from the war-torn country, leaving the Kurds scrambling to find a new ally in Damascus to avoid a Turkish assault.

On Friday, Erdogan said Turkey expected a “security zone” to be created in Syria in a few months.

Turkey accuses the Syrian Kurdish People’s Protection Units (YPG) which have led the fight against IS of being an extension of its outlawed Kurdistan Workers’ Party (PKK).

The Adana deal was signed in 1998 to end a crisis between the neighbours, sparked by the then presence in Syria of PKK leader Abdullah Ocalan and bases run by the group.

Turkey argues the protocol provides Ankara with the legal ground to intervene in Syria against the PKK and its affiliates, because of the Syrian regime’s failure to act against the group.

Damascus has regained control of almost two-thirds of the country after significant Russia-backed victories against rebels and jihadists since 2015, and hopes to see all areas of the country revert to its rule.

Syria’s war has killed 360,000 people and spiralled into a complex conflict involving world powers since starting in 2011 with the repression of anti-government protests.