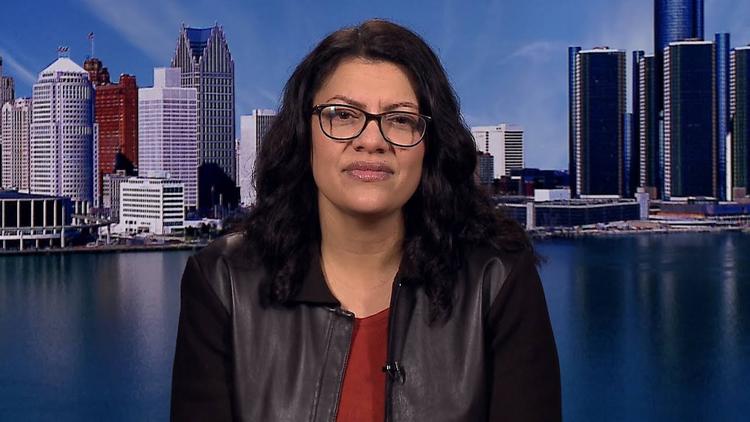 The Israeli-US war declared on the Palestinian boycott movement is coming to a head, culminating in a well-orchestrated effort aimed at suffocating any form of tangible protest of the ongoing Israeli colonization of Palestine.

But an Israeli ‘victory’, even with blind US government support, is still too elusive if at all guaranteed. Killing unarmed protesters at the fence separating besieged Gaza from Israel is often whitewashed as Israel ‘defending itself’. However, legislating unconstitutional laws against the rights of ordinary people to boycott a state that practices war crimes might not be an easy endeavor.

The fact that 26 US states have already passed legislation or some form of condemnation of the civil act of boycott, as championed in the Boycott, Divestment and Sanctions movement (BDS) should, in fact, raise more awareness of the iniquitous Israeli influence on the United States, rather than actually thwarting BDS.

The US Senate first bill of 2019 (S.B.1) titled: “Strengthening America’s Security in the Middle East Act of 2019” called on state and local governments to withhold contracts from any individual or business entity that boycotts Israel.
Protesters gather in support of Palestine outside of the White House during the annual American Israel Public Affairs Committee (AIPAC) conference in Washington, USA on March 26, 2017. ( Samuel Corum – Anadolu Agency )

Protesters gather in support of Palestine outside the White House during the annual American Israel Public Affairs Committee (AIPAC) conference in Washington, US on March 26, 2017. ( Samuel Corum – Anadolu Agency )

The bill was defeated, which is a promising sign. However, it must be noted as profound, if not altogether outrageous, that a country that is subsisting in a government shutdown and political crisis would find it both compelling and necessary to push for such a law in defense of a foreign country.

The bill will reappear again, of course. Alas, Americans should now get used to the idea that Israel’s priorities, however skewed and irrational in defense of its illegal military occupation of Palestine, will become the main rally cry for the US government for years to come.

While such a notion has proved true in the past, never before did ordinary Americans find themselves the main target in the political agenda of the far-right government of Benjamin Netanyahu.

Even the mere protest of this agenda is being shunned. Iconic US civil rights activist, Angela Davis, 74, deservingly celebrated for her contribution to American society for decades, was denied an award by the Birmingham Civil Rights Institute because of her defense of Palestinians and support of BDS.

This witch-hunt, which has now reached the most admired intellectuals of American society is affecting ordinary citizens everywhere as well, which is an alarming development in Israel’s unchecked power in the United States.

But how did Israel and its supporters acquire such disproportionate influence over the US government and society as a whole?

In short, the Lobby.

Cheered on by American Israeli Public Affairs Committee (AIPAC) and other pro-Israel lobbies, the US Congress is now leading the Israeli war on Palestinians and their supporters. In the process, they are attempting to demolish the very core of American democratic values.

The build-up to this particular battle, which will certainly be accentuated in 2019, began when AIPAC declared in its “2017 Lobbying Agenda” (PDF) that criminalizing the boycott of Israel is a top priority.

The US Congress, which has historically proven subservient to the Israeli government and its lobbies, enthusiastically embraced AIPAC’s efforts. This resulted in the Senate Bill S.720, also known as the “Anti-Israel Boycott Act”, which aimed to ban the boycott of Israel and its illegal Jewish settlements in the occupied Palestinian West Bank.

The bill almost immediately gained the support of 48 Senators and 234 House members. Unsurprisingly, it was drafted mostly by AIPAC itself.

Punishment for those who violate the proposed law ranged from $250,000 to $1 million and 10 years imprisonment.

Anti-Palestinian measures in the US are nothing new. In fact, ardent support for Israel and the complete disregard for Palestinians is the only aspect which Democrats and Republicans have in common. It will remain to be seen if the inclusion of progressive and Muslim women in this current House lineup will change or at least challenge that reality.

For now, the sad truth is that the very individuals who were meant to guard the Constitution are the ones openly violating it. The First Amendment to the US Constitution has been the pillar in defense of the people’s right to free speech, freedom of the press, “the right of the people peaceably to assemble, and to petition the Government for a redress of grievances”.

This right has, however, often been curtailed when it applies to Israel. The Center for Constitutional Rights refers to this fact as “The Palestine Exception“.

Dire as it may seem, there is something positive in this. For many years, it has been wrongly perceived that Israel’s solicitation of American support against Palestinians and Arabs is by no means a foreign country meddling or interfering in the US political system or undermining US democracy.

However, the “Israel Anti-Boycott Act” is the most egregious of such interventions, for it strikes down the First Amendment, the very foundation of American democracy, by using America’s own legislators as its executors.

But none of this will succeed because simply put, noble ideas cannot be defeated.

Moreover, for Israel, this is a new kind of battle, one which it is foolishly attempting to fight using the traditional tactics of threats and intimidation, and backed by blind US support.

The more the lobby tries to defeat BDS the more it exposes itself and its stranglehold on the American government and media.

Israel is no student of history. It has learned nothing from the experience of the anti-Apartheid struggle in South Africa. It is no surprise that Israel remained the last supporter of the Apartheid regime in that country before it fell.

For true champions of human rights, regardless of their race, religion or citizenship, this is their moment as no meaningful change ever occurs without people being united in struggle and sacrifice.