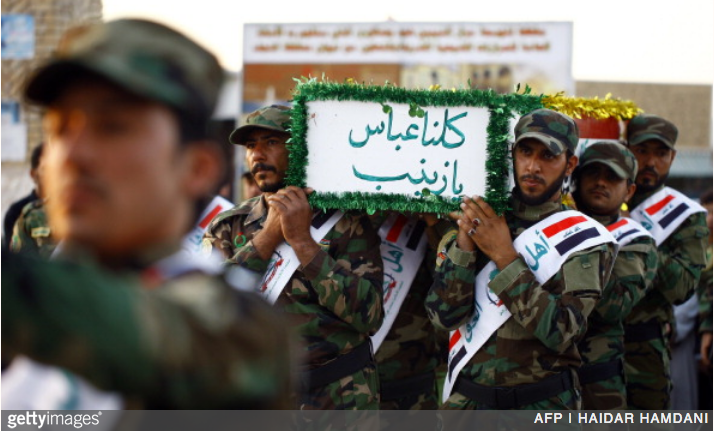 Iran could use its growing clout in Iraq to turn it into a springboard for attacks against Israel, the chief of Israeli military intelligence said on Monday, reports Reuters.

Israel sees the spread of Tehran’s influence in the region as a growing threat and has carried out scores of air strikes in civil war-torn Syria against suspected military deployments and arms deliveries by Iranian forces supporting Damascus.

Iraq, which does not share a border with Israel, is technically its enemy but was last an open threat in the 1991 Gulf War. Since a US-led invasion in 2003 toppled Iraqi dictator Saddam Hussein, a Sunni Muslim, Israel has worried that Iraq’s Shi’ite majority could tilt towards Iran.

With US President Donald Trump disengaging from the region, Hayman said, the Iranians may “see Iraq as a convenient theatre for entrenchment, similar to what they did in Syria, and to use it as a platform for a force build-up that could also threaten the State of Israel”.

The following week, Israel said it might attack such sites in Iraq, effectively expanding a campaign now focused on Syria.

Hayman predicted 2019 would bring “significant change” to Syria, where Assad has beaten back rebels with the help of Russia, Iran and Lebanese Hezbollah reinforcements, and where Trump this month ordered a pullout of US troops.

“This presence of Iran, with Syria’s return to stabilisation under a Russian umbrella, is something we are watching closely,” he said.

Israel has also been monitoring Iranian conduct since Trump quit the 2015 nuclear deal with Tehran in May and reimposed US sanctions. The deal placed caps on nuclear projects with bomb-making potential, though Iran denied having such designs. Trump, with Israeli support, deemed the caps insufficient.

“We assess that Iran will strive to stay within the deal but will do everything in order to find ways of circumventing the American sanctions,” Hayman said.