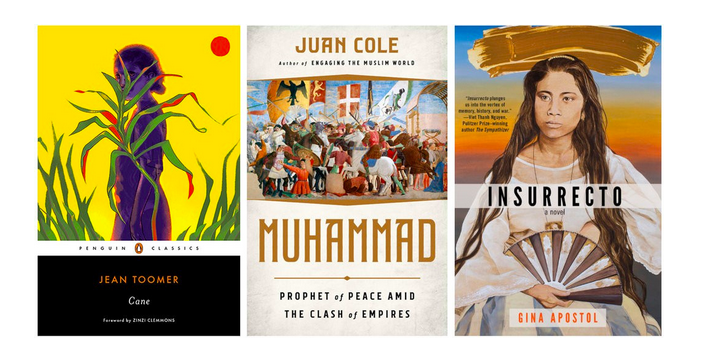 Many thanks to the New York Times for recommending my new book, ‘Muhammad: Prophet of Peace amid the Clash of Empires:’

Gregory Cowles writes, “How better to enter the new year than with a look back? History runs through many of this week’s recommended titles, from the fall of Rome to the birth of Islam to Michelangelo in 16th-century Constantinople.”

He adds with regard to my own book:

MUHAMMAD: Prophet of Peace Amid the Clash of Empires, by Juan Cole. (Nation, $28.) Cole offers an ambitiously revisionist picture of the father of Islam, replacing the idea of a militant leader with one of a peacemaker who wanted only to preach his monotheism freely and even sought “multicultural” harmony. Writing in the Book Review, Mustafa Akyol calls it “eruditely informative” and says Cole is “demonstrably right in concluding that Islamic orthodoxy deviated from its foundations by ‘abrogating’ the peaceful and tolerant verses of the Quran.”