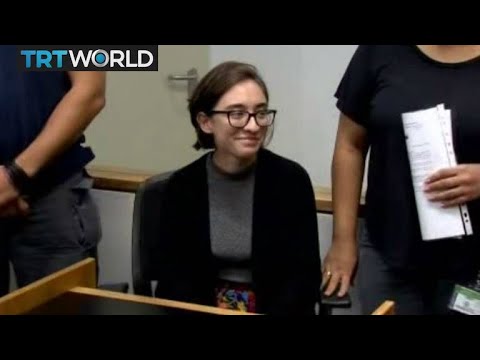 We write to you on behalf of the Committee on Academic Freedom of the Middle East Studies Association of North America (MESA) to urge a halt to the Israeli army and security forces conducting arbitrary arrests at and incursions into Palestinian universities, assaulting students, faculty, and staff, and obstructing the education of thousands of students. We also condemn in the strongest possible terms the Israeli Army’s harm to students at all levels of education through these arrests and incursions.

MESA was founded in 1966 to promote scholarship and teaching on the Middle East and North Africa. The preeminent organization in the field, MESA publishes the International Journal of Middle East Studies and has nearly 2,500 members worldwide. MESA is committed to ensuring academic freedom of expression, both within the region and in connection with the study of the region in North America and elsewhere.

On 19 November 2018, the Israeli Army arrested Yehya Rabie, the President of Birzeit University’s Student Council and a third-year student of business and economics. The Israeli Army raided Rabie’s home in a dawn arrest. In March 2018, five Israeli soldiers disguised as journalists entered the same university and arrested the previous President of Birzeit University’s Student Council, Omar al-Kiswani (about whom we wrote to you (see letter dated 13 March 2018) . While the Israeli army accused Rabie and al-Kiswani of “suspected involvement in terror activity,” both men remain in detention without trial. These arbitrary arrests and detentions without trial are not the exception but the rule.

The attacks, assaults, and detentions described above are grave violations of basic rights to education and academic freedom. In our view, they are a part of a larger assault on the Palestinian right to education in the West Bank, which has been especially virulent during the past year. As we noted in our letter to you dated 6 August 2018, a number of foreign faculty members at Palestinian universities have been denied re-entry visas while others have faced lengthy processing periods that forced them to overstay valid visas or leave the country. Now, Palestinian faculty and students, who hold US or other passports, face detentions that affect their academic careers. Detentions of students increase the time spent toward the attainment of academic degrees, while arrests of faculty members disrupt instruction at their universities. The new measures, in which students, including student leaders, faculty members, and administrators are detained, turn campuses from safe spaces into zones where the students’ and staff members’ politics put them in grave danger both on and off the campus.

The arbitrary arrests and detention of students is a clear violation of the right to education enshrined in Article 26 of the 1948 Universal Declaration of Human Rights and Article 13 of the 1966 International Covenant on Economic, Social, and Cultural Rights. Israel is a signatory to these conventions and is therefore obligated to enforce their stipulations. We call on the Israeli government to cease these attacks on Palestinian universities and ensure the rights of Palestinian students to unfettered education.